BlackBerry Playbook will have “Balance” Service Too

It has been recently announced that Blackberry is currently testing a service for BES (BlackBerry Enterprise Service) called BlackBerry Balance that will allow IT departments to control corporate data on a BlackBerry smartphone issued to an employee without touching the employee’s personal data also stored on the device. I personally think this is a move (and a good one) by BlackBerry to maintain its dominance in the enterprise arena by allowing the use of just one device for work and play. 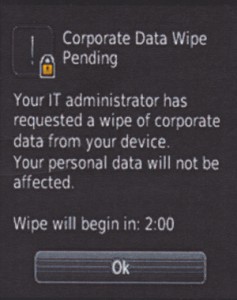 To up the ante, it has also been announced that the BlackBerry Balance service will be available for the upcoming BlackBerry PlayBook tablet device as well. Since the PlayBook has been touted as business device, it makes since to provide users with a way to get extended use from the device while outside of the office.

BlackBerry Balance for smartphones (and tablets) doesn’t have a firm launch date, but word on the street is that you will be able to carry two BlackBerry devices in one within the next few months.