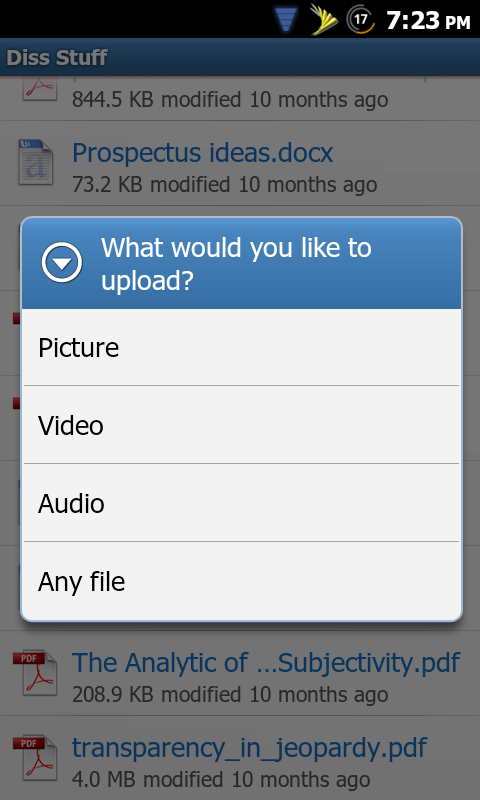 The New Dropbox for Android is Ready for Business Use 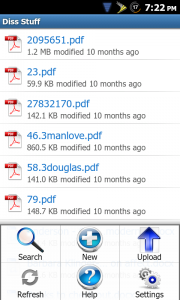 Regular readers of this site are probably familiar with Dropbox, as it’s one of Terrence Gaines’ favorite mobile apps, and with good reason.  The popular cloud-based service provides users with 2gb of free file-hosting storage space (though you’ll have to bribe the company with some real legal tender if you need additional gigs), which can then be accessed and/or modified from nearly any device (so long as that device is powered by Windows, Mac OSX, iOS, Linux, Android, or Blackberry… which it probably is).

For enterprise and small-business users employing Android phones, however, Dropbox has provided more angst than joy over the past couple years, as the Dropbox Android app has suffered from buggy performance and limited functionality.  The company recently released a thoroughly revamped Android app, which promises to finally bring full parity to Dropbox’s mobile offerings; but does it?

One of Dropbox’s most efficiency-catalyzing features has been its ability to automatically synchronize files; if a sales agent in the field secured a new order, a Dropbox-enabled spreadsheet in the central office would immediately reflect the change in inventory.  That’s how Dropbox worked on an iPhone, at least, but until this most recent version of Dropbox, Android users were forced to manually upload files.  I’m happy to report that Dropbox’s Android app finally incorporates full automatic synchronization, which works like a charm over both wi-fi and 3G connections.   As for the erratic performance of earlier iterations of Dropbox for Android, my extensive testing found none of the hang-ups or crashes that plagued earlier builds.  This is a robust, solidly performing app that’s ready for the challenging rigors of business use. 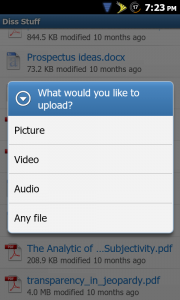 Despite the significant improvements Dropbox has implemented, prospective users should be aware that the mobile app does not have the full functionality of a desktop Dropbox client.  For instance, within the Android app, it’s impossible to move files from one folder to another, and external apps are needed to properly view documents, PDFs, or movie files (QuickOffice is one great doc app, and offers built-in Dropbox compatibility).

For those burned by bad experiences with previous versions of Dropbox’s Android app, the stability and improved functionality of Dropbox’s latest iteration make it worthy of a second look.  While the Android app’s features can’t match those of a full desktop client,  the limitations are unlikely to be noticed by most people working in the field.  Dropbox has finally released an Android app that lives up to the high standards set by the company’s other OS offerings, which makes it easy to recommend this app to any business looking to improve their information-sharing capabilities across disparate devices or users. What are you waiting for? Sign up for Dropbox today, and then get the Dropbox app for Android.