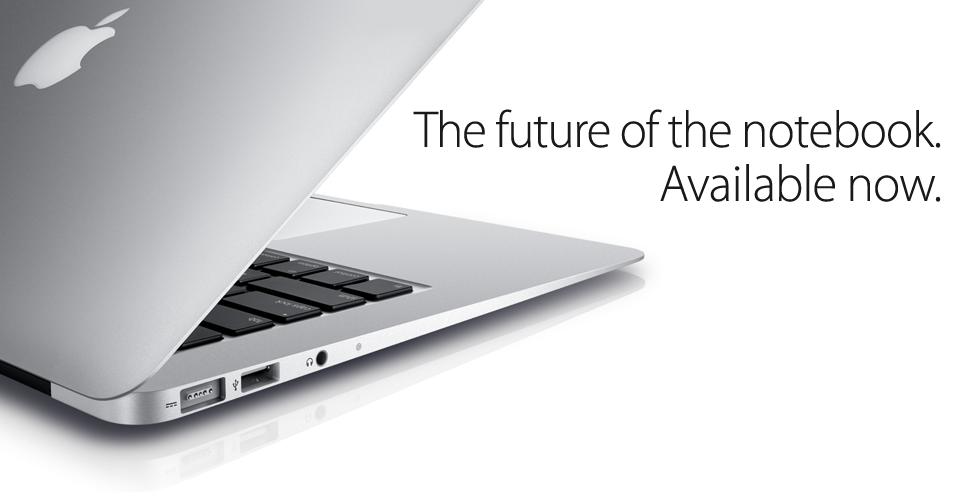 New MacBook Air Challenges the Idea of a Mobile Device 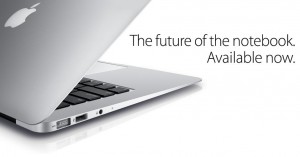 We can all agree that whole idea behind a laptop is the notion that you can work from anywhere…including your lap (but I would keep an eye on the heat if you’re planning on having children). As long as you have an internet connection, you can do the same things on a laptop that you can using a full desktop computer, but just in a smaller package. I have never really thought of a laptop as a mobile device…until today when Apple released its newest version of the ultra-portable and ultra-advanced MacBook Air.

The reason why I excluded a laptop from the mobile device category was because even at their current smaller sizes, they are still kind of a pain to lug around. Additionally, with their longer than RIGHT NOW boot up times, and not-so-long battery life, I would much rather browse my favorite websites, check Twitter & Facebook, and send a couple of emails using my smartphone or tablet. I am assuming Apple took that to heart when refreshing and upgrading the new MacBook Air. Its features include: 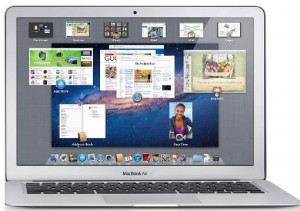 – Lightning fast Intel Core i5 and i7 Processors with speeds up to 1.8GHz

Add all of those features up and combine them with the MacBook Air’s compact size weighing in at just under 3 POUNDS for the 13″ version (but with the same sturdy Aluminum body found on the MacBook Pro) and you’ve got yourself a device that might just have you second-guessing purchasing that tablet device.

Apple is so confident that the compact and ready to go MacBook Air will be the go-to device for entry-level fans and enthusiasts, that the traditional MacBook (you know, the white one) is being phased out and replaced by the MacBook Air. You may be able to get a refurbished model if you’ve always lusted after the white MacBook that has been the “it” Apple computer for the better part of a decade. But with all the extra features at half the size, the MacBook Air (Shipped with the new Mac OS X Lion pre-installed), might just make you want to spend the extra dough ($999 to $1,699) and spring for the “new hotness”. The new MacBook Air is on sale now online and at Apple Retail Stores.