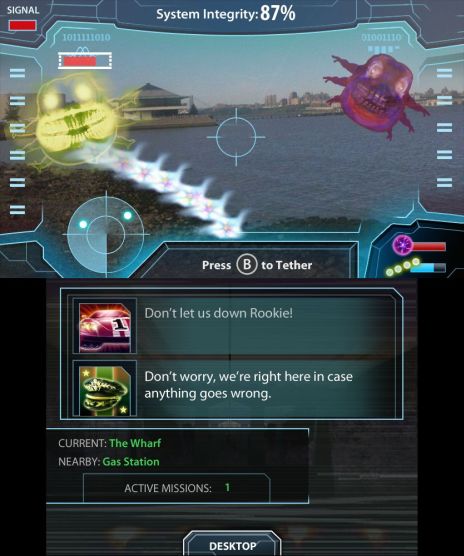 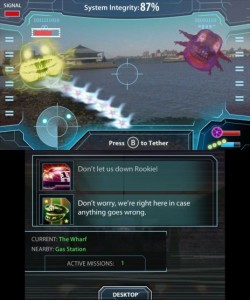 I was recently invited to the Majesco “Holiday in July” event in New York City.  I was excited to attend the event, which featured new video games and free food, but I didn’t anticipate leaving with tons of new ideas and innovations to share.  Games are great fun, but this is a blog about business on the go (ie- not kids stuff), right? Wrong.  Gamification and augmented reality are the wave of the future for mobile business and marketing, and it was made clear to me at this event.

First of all, nearly every game had a branded product tie-in.  One game featured characters from the new “Alvin and the Chipmunks” movie, one was branded with Hasbro’s “Twister” game, an exercise game was associated with Zumba fitness and another game featured Hulk Hogan.  There was an NFL game, and even a game branded after the reality show ‘Parking Wars’.  Since these games were on Kinect, Wii, Nintendo 3DS or Facebook, the player is either physically or socially interacting with the brand through the game.  So now, all of these brands are enjoying literal engagement with the consumer.

Sure, you say.  I know XBOX Kinect is great, Justin, but it’s not mobile.  Right you are, but the Facebook and Nintendo 3DS games are mobile.  And, the Nintendo versions gave me an experience that I see as having amazing branding potential.  For instance, I played a game called ‘The Hidden’ in which you battle ghosts projected into the real space around you.  This is accomplished by means of the camera on the back of the 3DS.  What does this mean?  This means that you could brand experiences when people are in particular geographic locations OR, conversely, create a fun experience around your brand that could be localized anywhere.  With many people gaming on their mobile phones and almost all phones featuring a camera on the back, this type of functionality is the future.  It’s clear that the real world, mobile world, game world and business world are all converging, and in my opinion this has potential to be both fun and profitable.