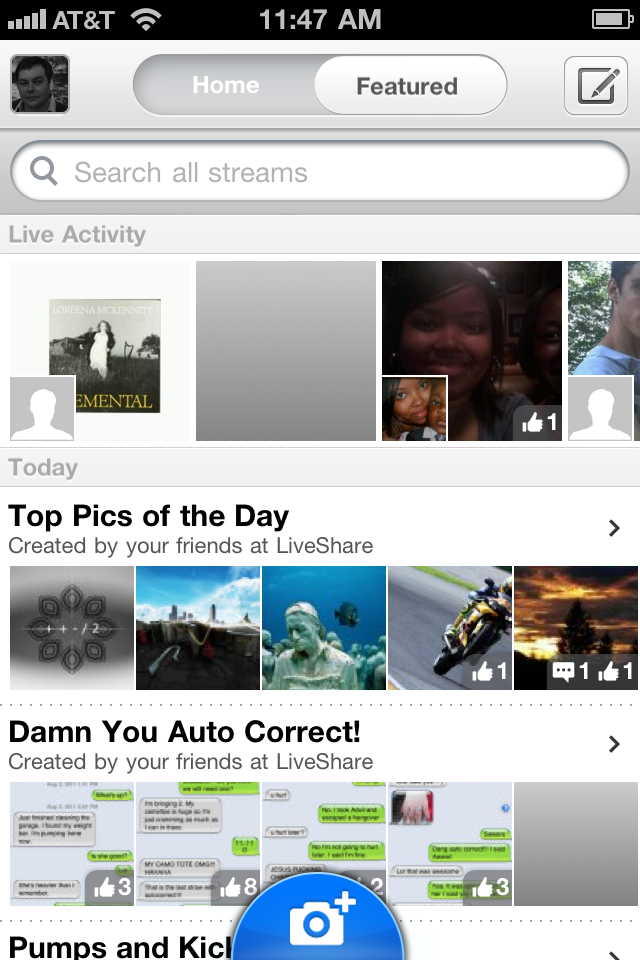 LiveShare Condenses pictures from your event into a sharable stream 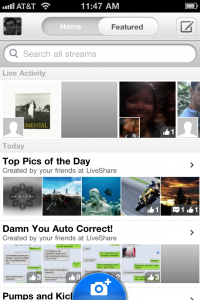 We’re always throwing events at my job.  We have parties to promote new product launches, new partnerships, good sales quarters and the mandatory “holiday season” shindigs.  Parties are great branding opportunities, because they put a human face on your company and because everyone loves free food and drinks.  After you throw a party, make sure that you get some good press out of it; parties are expensive and you’ll want something concrete to show ROI.

Inevitably, the day after the party your marketing department will send out an email asking for party pictures.  Sure, we have hired photographers, but there’s always a need to augment the professional pictures with candid shots from the party.  Plus, paid photographers are less likely to know who’s who at an industry party.

So, everyone has to go back through their iPhones, facebook feeds, flickr feeds, instagram feeds, (and more) to locate pictures from the event.  Wouldn’t it be great is you could skip this step? If there were photo streams that were based on the event or location at which they were taken rather than the person who took them, then problem solved.  Cooliris LiveShare to the rescue.

LiveShare is a free app for Android and iPhone that allows the user to start a stream of photos based around any arbitrary event, invite friends to share in this stream, and of course display the photos as they come in from the different users.  Also, you can set the photo privacy on each stream or photo, making some streams more exclusive than others. You can always add or invite others to see the stream of photos at anytime.