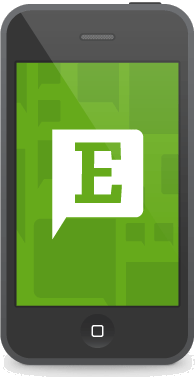 Since the Small Biz Go Mobile team loves Evernote, the nice folks over there sent me an email letting me know that the latest update brings the note-taking, web clipping, “remember everything” app up to iOS 5 code.

But that’s not all that was included in the update. Evernote now makes it easier to edit text as well. Better simplified text and font handling are just some of the text editing features in the latest update. Evernote also brings the ability to edit content in notebooks that other Evernote users have shared with you. This only works if you’re a premium user, but this gives you the ability to edit a note and all user’s get your latest updates across all their devices.

I must also include the ability add checkboxes to notes so you can create a true “to-do” list that lets you check things off as you complete them. One of the new features in iOS 5 is the Reminders app that has the same basic features in mind, but the cool thing about Evernote’s version is that you know all your devices will have access to your to-do list, so starting a list on your laptop and finishing it off on your iPhone will be a no-brainer – time will only tell how iSync and/or iCloud will work with the iOS Reminders app.

With the recent unveiling of the iPhone 4S and the iOS 5 platform, you should start to see a ton of App Store updates hit your device. Evernote to my knowledge is ahead of the game with its latest update, so make sure to try Evernote out when iOS 5 drops starting Tuesday, Oct. 12 and let us know what you think in the comments section.