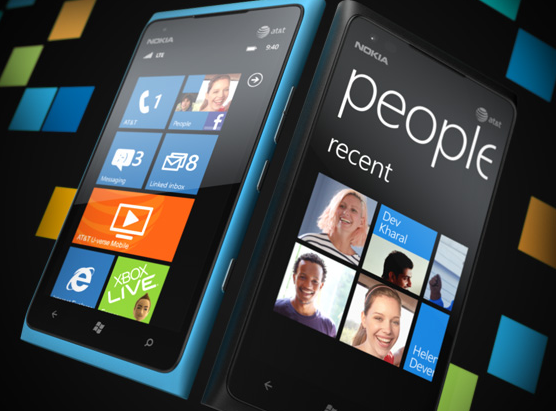 Top of the line Windows smartphone, the Nokia Lumia 900, coming exclusively to AT&T 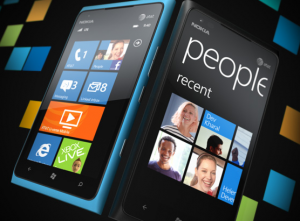 The latest Windows phone has arrived, and it’s quickly going to become known as THE Windows phone to own. Boasting 4G LTE from AT&T, the Nokia Lumia 900 is a beautiful phone. WIth a body molded from a single piece of polycarbonate available in cyan and black. It looks striking, and definitely has a winning aesthetic.

But with the Windows Phone platform currently battling for last place, how does Nokia expect to be able to a) break back into the American market and b) win mindshare from deeply entrenched platforms like iPhone and Android?

Nokia has a few ideas. Number one is the camera. A huge part of the iPhone 4S pitch a few months ago was that it boasted the best camera on any smartphone, and Nokia is clearly aiming to take down the market leader. Offering a top-of-the-line Carl Zeiss lens, f/2.2 aperture to let in a ton of light, and a 22mm lens to get some wide angle shots.

Number two is what Nokia and Microsoft are calling “differentiated apps.” Differentiated here seems to mean two different things. One is that they’re apps designed with the Windows Metro UI in mind, so they’re made to look & fit in perfectly with the phone. Also, they’re often exclusive apps that Nokia has personally worked with developers on. For example, the Nokia worked with CNN to create a version of the iReport app thats includes features only available on Lumia smartphones. EA is supposedly working on exclusive games as well.

A gorgeous phone, for sure, but only time will tell if Nokia has it what it takes to even make a dent in Android or Apple’s marketshare.