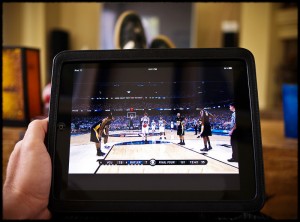 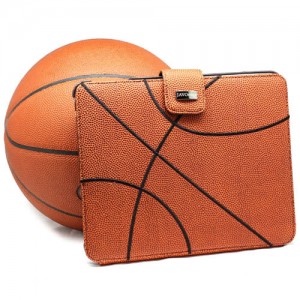 I’m a hoops fan, always have been and always will be. I stopped following the NBA closely, well that was until Linsanity showed up. Yep, it took a Silicon Valley, Palo Alto High School, Harvard geek to bring energy back to the game. Leave it up to us, we always find a way to infiltrate :-) One thing I have always watched, skipped work for, called out sick and stayed off twitter for is March Madness. What can I say, I love college hoops! If you don’t, then seriously go see a Dr. I’m sincerely worried about you! So, since this month there will be alot of basketball terms being thrown around, I figured I may as well break down how us techies interpret the terms of the sport of Basketball. Follow on twitter and make your own definitions #marchmadness4geeks

2. Full court press = this person goes all out! They have a complete strategy, mapped via gps, using augmented reality and 3D to view building escape routes and underground store entrances. They download apps like Highlig.ht and Ban.jo to uncover friends who may be in a better position nearby. The goal for this person is to be no further than number 5 in line. Watch out for these people, they have done their homework, staked the joint a week ago and have spent countless hours running algorithms that analyze the competition! These people scare the heck outta me!

3. An assist = this is when you strategically waited patiently, saw the opportunity, the pick was set, you rolled and made your self open and said “hey throw me some cash, remember, you owe me $200 bucks, man” – then your bud tosses some cash your way and you go and “score” a new iPad!

4. Fast break = this is when you see people sprinting the hell out of the store. And you’re like sheez where’s the fire buddy? There’s no fire, at least not yet. You see they know all too well that lurkers could be thieves. They also know all too well that those “currently” smiling faces down the end of the line will soon turn upside down. When that happens they become irate and irate people in line start to become very devious. And when you mix irate, devious people with desperation there WILL BE A FIRE! They don’t hang around they sprint quickly down the other way, like they are doing baseline drills (a reference some may lose :-)!

5. Slam dunk = this person “hangs around”, get it—“hangs”… Anyway these types are always showing off ALL the time. They own all 3 iPads and they keep them to themselves, with no thought of sharing. Stingy bastards LOL (some might say this is a foul, but it’s not, see number 7 for that).

6. Crossover = this person owned an iPad and used to be ALL about Apple, I mean ALL ABOUT APPLE! You couldn’t tell them anything BUT now (probably due to price) they have switched to being an ALL out Android lover (ugh, I hate crossover types, they can’t be trusted – LOL)

7. Foul = this is when a friend at your house tries to “borrow” your new iPad without telling you! Yes, this happens ALL the time! I can hear it now when they are caught Apple-handed “I was only gonna borrow it for a hot minute”! You see, that’s just FOUL!

8. Rebound = when you get someones older iPad because they have enough money to splurge and buy the latest! You end up with the rebound product, the hand-me-down! Ohhh and it probably has a few dings and greasy prints all over it, this will always remind you that you have a rebounder iPad :-) Think I’m making this up? Just ask the king of rebounds, Dennis Rodman, I guarantee you he has someone else’s iPad2!

9. Final Four = this is the household who has at least 4 Apple products and has more love for Apple than Apple itself (damn! now that i think about it, that’s gotta be alot of LOVE)- these people are ecstatic to be one of the lucky few and are hoping to win it ALL, I mean own them all! Like everything iPads, MACS, Airs, Pros, Minis, Airports, Magic Mice, iPods, Nanos, Apple TVs, iPhone 9’s, you get the picture – LOL!

10. March Madness = the one time a year we all love to celebrate together! It’s the one time we ALL have something in common! The moment where it doesn’t matter if you’re chanting for the offense or defense! Humanity becomes colorblind, we remove all prejudices, stereotypes aren’t thought of! We all can agree that drinks are flowing and worker productivity is down the toilet! This is the meaning of March Madness AND IN GEEK TERMS that equals an Apple product release, yep forget the “Big Dance” the iPad release is the Big Dance! So grab a Dos Equis and everybody say it with me “Stay Apple my friends” LOL.