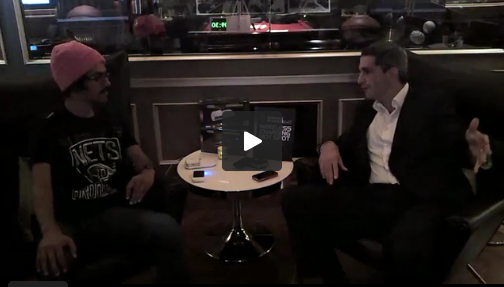 This contest has ended, but if you want a chance to win the 24-Hour Charging System as well as a VIP invite to our Sept. 12th party at Jay-Z’s 40/40 club in NYC, all you have to do is “like” the official Mario Armstrong page on Facebook

I recently had the chance to sit down at Jay-Z’s 40/40 club in Manhattan with Duracell Powermat CEO Ron Rabinowitz. It’s no coincidence that we met at Jay-Z’s club—he’s an investor in the company, is integrating wireless charging stations throughout his club, and will feature prominently in the advertising here in NYC.

In the Socialcam video above, you can see us chatting about the new 24-hour Power System which just launched this morning. The system is available in stores in NYC and also online—you can pick it up for $99 from Amazon.com for instance—in both black and white. With wireless charging stations rolling out all over NYC this summer, combined with the extra battery pack included in the set, this could be the number one way to keep your devices charged and shooting video all day long.