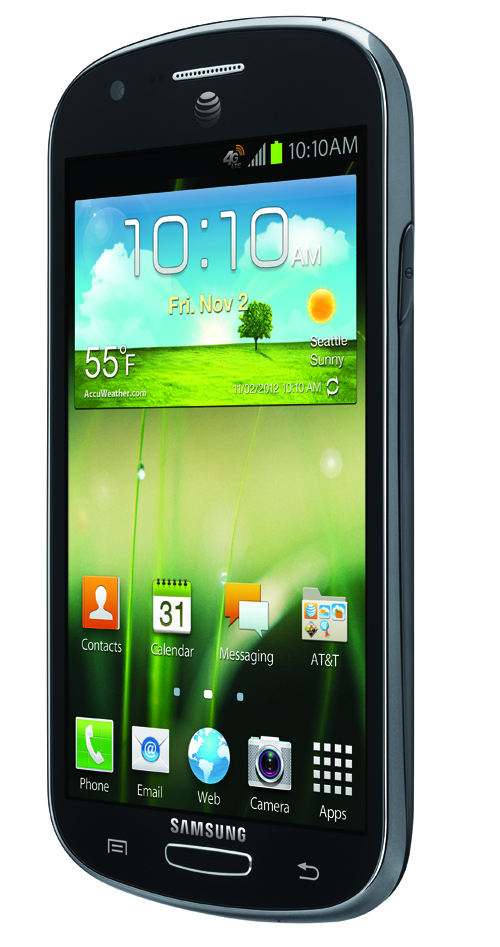 Four exciting new AT&T devices, all of which sport AT&T’s ultra-fast 4G LTE network, were literally just announced. We don’t have pricing or release dates on any of these devices quite yet, but we’ll be going hands-on with all three phones and the one tab next Thursday at an exclusive AT&T event in NYC. Hopefully we’ll be able to shed some more light on these devices next week, as well as be able to show you some hands on videos of all of them. The official word from the press release is that “[a]ll of these devices will be available from AT&T in the coming months” which sounds like they’ll be here by the end of the year!

While this seems to be placed as a “budget” version of the Samsung Galaxy S III (and will hopefully come in at a budget price) this seems to be a high-end smartphone that makes just a few compromises comapred to its big brother. Sure, you have to accept a 5-megapixel camera instead of the S3’s 8-megapixels, but you get a fast dual core processor, a huge 4.5″ screen (only slightly smaller than the 4.8 incher on the S3), a whopping 2000 mAh battery (the S3 boasts only 100 more mAh), and the same OS, Googl’e Android 4.0 (Ice Cream Sandwich).

Smaller isn’t necessarily worse—the S3 is quite large, and this “baby brother” version may actually turn out to be the better smartphone. I can’t wait to try it out!

When we looked at the previous Rugby phone, I called it “the toughest 4G phone on the market.” While it was a little underpowered, it was really the only choice of any phone for those whose phones will take a lot of abuse on the job.

Now, this phone has been massively updated with the latest tech! The new Rugby Pro sports a 4″ AMOLED screen, the 5-megapixel camera (think iPhone 4 quality), and it shoots 720p HD video.

Another cool feature that makes it easy to deploy for business is that it has full EAS corporate email support. You can even encrypt the whole device to prevent data from leaking out if the phone is lost in the field.

This looks like a huge upgrade over the previous Rugby in every respect, and will certainly be “tough” to beat!

I had my apprehensions about the first Samsung Galaxy Note. Since then, S-Pen tech has improved quite a bit, at least on the larger 10.1″ Galaxy Note tablet. Will those same imrpovements come to the Note II? I certainly hope so.

This phone is unique in the lineup of new Galaxy devices in that it’s the first that’s shipping with the cutting edge latest version of Google’s Android operating system, Android 4.1 (Jelly Bean). I still haven’t gotten that on my Galaxy S3, though reports are that it’s coming any day now.

Just like the previous version, this is a huge superphone with completely maxed out features. Like the dual core speed on the Galaxy S3? The Note II smashes that with quad core. Like the 4.8″ screen on the S3? The Note II bumps it up to a whopping 5.5″ display.

Yeah, it’s a huge phone, but it’s also like having a touch screen and stylus compatible mini laptop in your pocket. 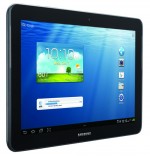 Mario and I attended the NYC launch of the Galaxy Tab 2 10.1″. At the time, we didn’t get to do as much testing as we liked and came away with mixed feelings about the tablet. The software didn’t work as smoothly as we would’ve wanted. The S-Pen was improved, but not perfect. The multi-tasking was extremely limited in terms of the number of apps available.

You can read my first impressions on the blog here:

The addition of 4G LTE on AT&T is a huge boon to the device, but that really only brings it up to where the iPad 3 was back when it launched this past Spring. While this is a great tab for Android fanatics (it’s hardware is powerful and it has a great screen), I’d say it’s probably the weakest of the devices that AT&T announced today. Unless the price point can come in at a point lower than the new iPad, I’d say that Apple’s tablet with 4G LTE on AT&T is probably still the way to go.