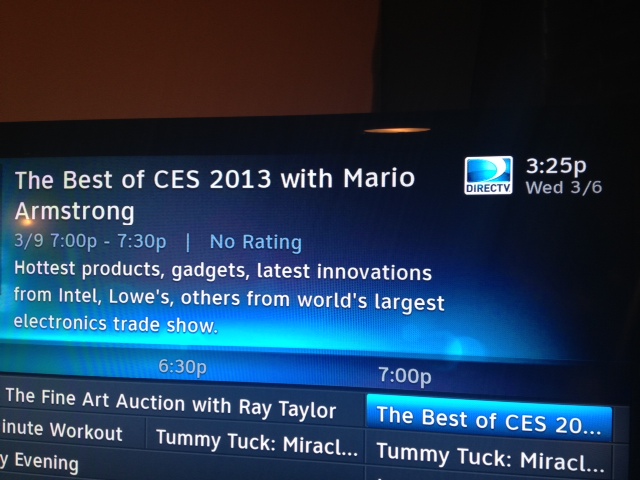 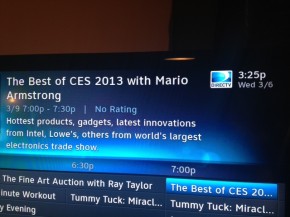 The Best of CES is a 30 minute TV special hosted by Emmy Award winning tv host, Mario Armstrong. The show special airs in Los Angeles March 6th; March 9th on DirecTV-channel 224 at 10:00pm; WWOR in New York at 6:00am and WCIU in Chicago at 6:00am.

Digital Lifestyle Expert® Mario Armstrong guides you through some of the hottest technologies revealed at the 2013 International Consumer Electronics Show – the world’s largest technology conference! Plus, CES is a conference jam packed with celebrities who are getting involved in the tech game, you’ll see special appearances and exclusive interviews where Mario talks to people like 50 Cent, Snooki, Marc Ecko, Drew Brees, and Tyson Beckford. In this special edition podcast, Mario goes into some of the biggest booths at the show, including Intel and Lowes, and shows off the technologies that are becoming available now or later this year.