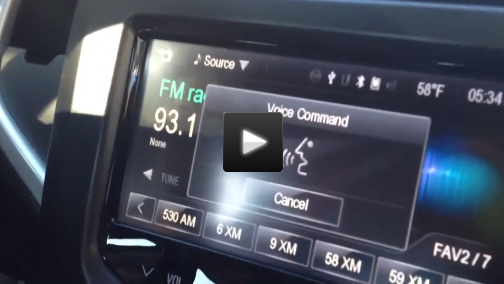 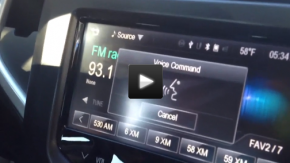 Demo of Siri Eyes-Free Integration in the new Chevy Sonic

One cool thing we saw at SXSW was how tech is being incorporated into our vehicles so we can use our phones and apps even while we’re driving. We got a chance to get a demo from Chevy in their new Sonic, a compact car with their MyLink system. The MyLink system is basically their in-car entertainment system. But what’s new here is that it links up to your phone, so you can use your iTunes or apps like Pandora through your car screen. That means no fiddling with your phone when you’re supposed to be driving!

If you have Siri (iPhone) or Nancy (Android), you can also use that through your car to make calls right from your steering wheel, which means you never have to take your eyes off the road, because it’s all voice activated. Siri can also send and read your text messages. And since your phone plugs into the car, you don’t have to worry about Bluetooth battery drain. We’ll be posting more about in-car tech in action, but for now here’s a demo of Siri at work in a new Chevy Sonic: