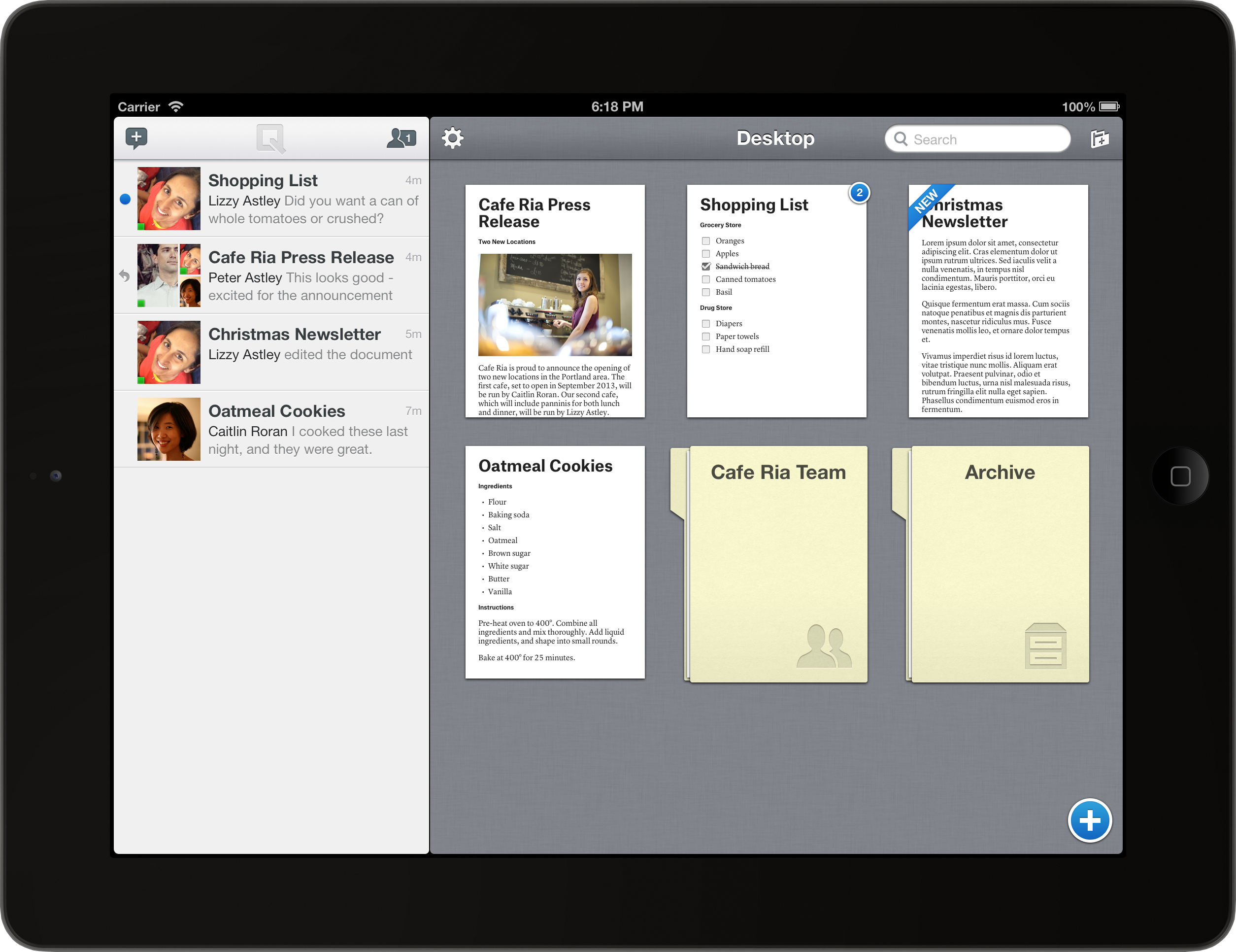 Quip: Word Processing on the Go 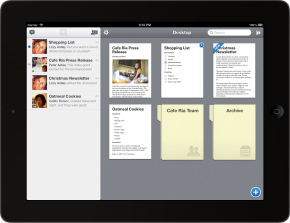 A couple days ago, I wrote about the release of Microsoft Office for the iPhone and Android. This got me thinking about the state of the original killer apps: the productivity software that really drove the original personal computer revolution.

It’s interesting that the mobile revolution hasn’t really produced the same kind of software that made the pc ubiquitous in homes and businesses. The founders of Quip hope to change that. Founded by Bret Taylor, the former Facebook CTO and one of the driving forces behind Google Maps, and Kevin Gibbs, who headed the technical team for the Google App Engine, with $15 million in startup funding, the Quip team has the brains and muscle to make a real difference in our mobile productivity.

The inaugural blog post for quip makes a really good point: after showing a picture of MacWrite, one of the first graphical word processors that was released in 1984, they note: With the exception of some additional color and a stack of toolbars at the top of the screen, it doesn’t look different from the software that probably came bundled with your current laptop. We still use the same metaphors and the same workflow that we used when shoulder pads and leg warmers were cool.

Quip tried to rethink word processing from the ground up for the mobile experience, emphasizing four design goals: collaboration, mobility, interactivity, and simplicity. We’ll walk through these to understand what Quip has to offer.

Central to Quip is the idea that you’ll want to share your documents and work on them collaboratively. Quip allows a single document to be edited simultaneously on any device by multiple users, which is a pretty good feature in itself. Most revolutionarily, tho’, is that the document is combined with an editing and commenting thread, so you can keep up-to-date on the conversation and the edits that have been made. 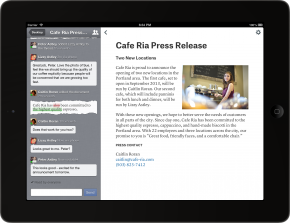 Quip also provides shared folders that automatically update users when something inside them has changed.

Quip strives to make word processing truly optimized for mobile: besides working well offline, Quip looks great no matter the device you’re working on. And it’s not just a pretty face: the formatting of documents changes depending on the device. If you’re reading on an iPad, for instance, pictures and text might be integrated in a different way that takes advantage of the larger screen. The same document on the iPhone might separate the text and photos to make reading easier. Quip promises that whatever the device, you won’t need to pinch and resize to have a usable document.

Quip supports printing, but they also realize we usually just look at documents on the screen these days. To take advantage of this, they offer some interactive features that seem truly handy. You’re able to “@-mention” people and other documents, for instance, to link directly to them. You’re also able to transform text simply. To borrow Quip’s example, you can change a bulleted list into a checklist that multiple users can update at once.

Finally, Quip is pretty easy to use. That said, some users might find this simplicity a disadvantage. Some of the standard ways we’re used to dealing with word processors just don’t apply to Quip. There’s something of a learning curve. There also aren’t the same robust formatting options we’re used to. This is the trade-off for what the Quip folks say is “a minimal, elegant design that helps you focus on writing — not ribbons.”

Unfortunately, Quip doesn’t offer any compatibility with Microsoft Word—just Quip’s native format and PDFs. So if you’re interested in making the transition, you have to jump in head first.

Quip is available now for desktop and iOS devices, and there’s an Android app in the works, too. The basic service is free for up to 5 users, and the professional edition (currently in beta) costs only $12 a month.