How to Use Apple AirPrint 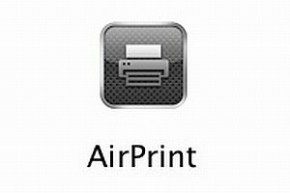 AirPrint reverses the normal mobile trend. A lot of the hype about mobile technologies has centered on “augmented reality”—letting you see the world with additional data provided from your phone or a special device like Google Glass. But we don’t just need to bring reality into the digital realm; sometimes we need to bring the digital realm into reality. Apple’s AirPrint technology is supposed to do just that—let you print from your phone or other iDevice—to an AirPrint enabled printer on the same wireless network.

Unfortunately, when AirPrint was released in 2010, only a few HP printers were compatible, meaning the big launch was mostly ignored by a lot of users. And now, three years later, we might have forgotten about this incredibly convenient technology. And with the influx of mobile-optimized office productivity software (like Office Mobile, Quip, and others) and moving our work flow to these mobile devices, the ability to make your documents appear in the real world is more important than ever.

What makes AirPrint so amazing is its simplicity. If you’ve ever installed a new printer on your computer, you know what a hassle it can be to find the correct driver, change all the print settings, and run a bunch of tests to make sure that everything works. AirPrint streamlines all that work out—there are no drivers, no set-ups, and actually printing is plenty simple. Here’s how it works.

First, the badish news is that you can only print through an app that’s AirPrint compatible. The goodish news is that your standard iDevice apps—Mail, Safari, Photos, Maps, and so on are all AirPrint ready. So is Apple’s productivity suite: Pages, Keynote, Filemaker Go, and more. And some third-party apps are AirPrint enabled too, which is something to keep an eye out for if you’re thinking about trying a new productivity app.

The best news is that AirPrint is easy as pie to use. On any AirPrint enabled app, you just tap on the “action” icon, which is Apple’s name for this button:

and tap on “print.” If this is your first time using AirPrint, you’ll have to select an AirPrint enabled printer that your device will find on your network. You then just tap “print” again, and you’re all set. The usual set of options (paper type, orientation, etc.) that you have to deal with when printing from a computer are all automatically dealt with by the printer, which keeps things clean and easy. And that’s it. You’re printing!

Almost all of the major printer manufacturers have AirPrint enabled printers now—HP, Brother, Epson, Canon, Dell, Lexmark, and more. Apple’s support page has a list of compatible printers from a variety of different manufacturers if you’re in the market. And there’s a good chance that if you bought a printer recently, it’s already enabled.

So while the rest of your business is moving online, make sure you can move it offline, too, when you need it. And get to printing!