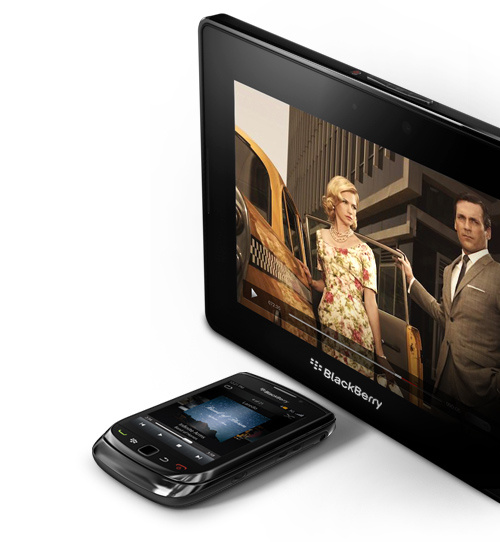 BlackBerry PlayBook Adds Java and Android “app player,” but not in time for launch 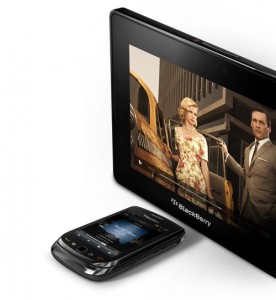 Although word leaked last month that BlackBerry had added the ability to run Android apps on their upcoming PlayBook tablet (previously: pricing, quick look), a press release from RIM yesterday gives more details about how this will work.  The PlayBook will have access to what RIM are calling “app players” to allow not just Android 2.3 but Java apps as well.  However, unlike we assumed, there won’t simply be an Android Market on the PlayBook, but the process sounds simple enough. According to RIM, developers will have to simply repackage and sign their apps, then submit them to BlackBerry App World.  Touting a “a high degree of API compatibility” between Android and BlackBerry, the process will hopefully be painless.

Not in Time for Launch

The PlayBook will be here on April 19th, but RIM notes in their press release that the app players won’t arrive until summer.  With their tablet Native Development Kit (NDK) forthcoming and still in alpha, how are developers supposed to have apps ready for launch?  BlackBerry is addressing this in several ways, announcing today that they’re adding C/C++ development to the NDK, allowing developers to leverage work already done in the language and easily port existing code to the platform.  As well, developers will have the option to bring Adobe Flash and AIR apps to the PlayBook, in addition to the HTML5 support via WebKit.

With the iPad 2 and Motorola Xoom already out, their app stores full thanks to a significant head start, how will the PlayBook compete? Will there be a significant number of apps available for the platform at launch, and will consumers be able to wait until summer for Android Apps to make their way to the device?  We’re still waiting with bated breath to find out how the BlackBerry PlayBook is going to shine amongst what we assume will be its core audience: business users. Having already announced that they’re bringing BlackBerry Messenger to Android and possibly iOS, it will be interesting to see what unique features the PlayBook will be bringing to market.