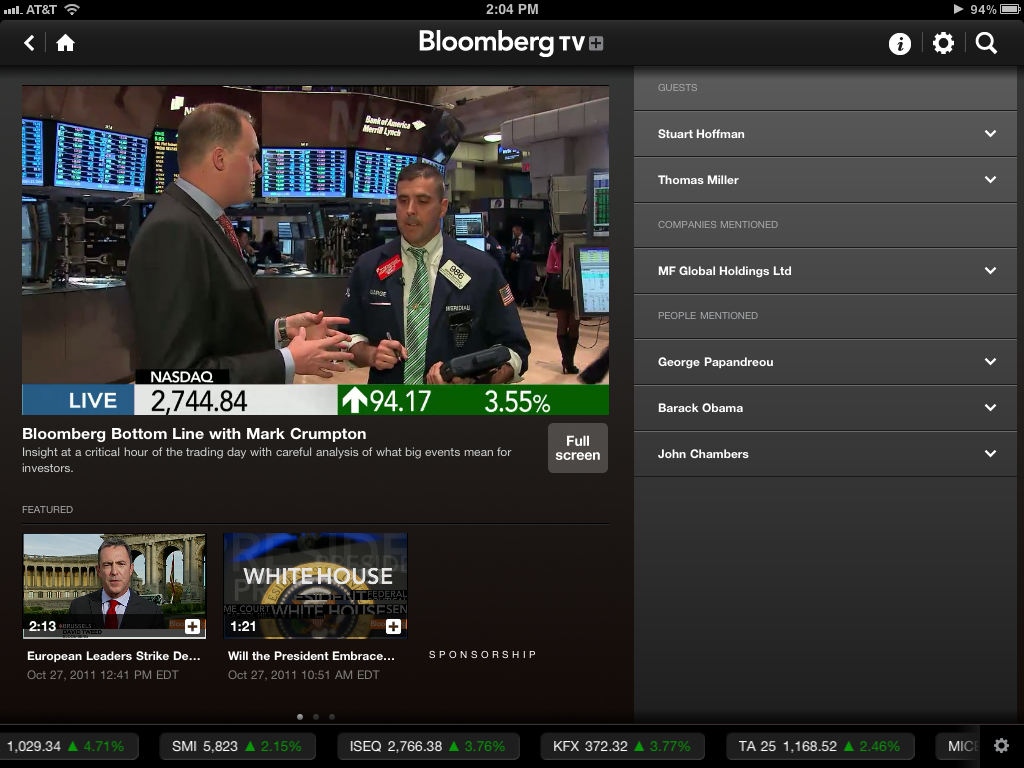 The Future of Television is Here, and it’s an iPad App: Free Streaming Bloomberg Television Hits the App Store 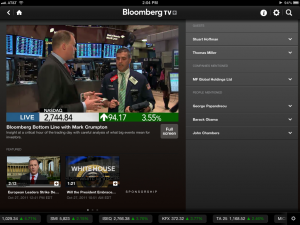 A lot of people might be looking at the title of this post and thinking that I’m being hyperbolic. I’m not. A huge new app hit the App Store for iPad today, called Bloomberg TV+. Unlike every other TV app out there, from the heavy-hitters of broadcast like NBC and FOX to streaming channels like Hulu and HBO Go, Bloomberg’s television app for the iPad let’s you watch Bloomberg TV live. For free. No strings attached. Literally the same experience as if you tuned into their cable station, but with added features like a live stock ticker, a list of upcoming shows, on demand viewing of previously aired full-length programs, and most impressively a sidebar that’s updated live that includes a list of guests and companies mentioned on air.

It gets better. The quality, for one, is amazing.

Tested on my WiFi at home in Brooklyn, the picture quality was outstanding. Some of the cleanest, best picture quality I’ve seen on the iPad. Hit the gallery below to see what I’m talking about. 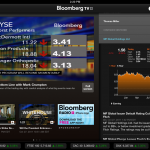 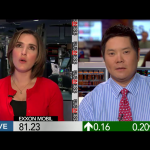 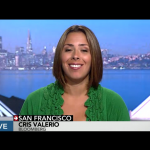 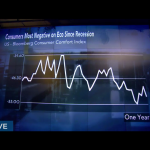 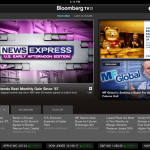 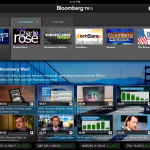 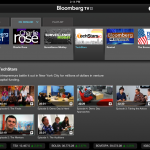 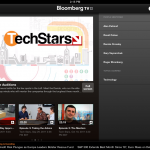 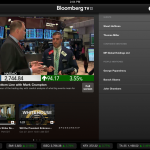 The on demand content is incredible—not just selected shows or segments, but full-length episodes from the enitre seasons of shows like Charlie Rose, TechStars, Bloomberg Rewind, Sportfolio, Innovators, Enterprise, Bloomberg West and more.

One of the best features, though, is that the live content is enriched. This is truly where you can see the future of television in action. On the sidebar next to the player window you can see guests that have just been on air, companies mentioned on air, and people that have been discussed. That’s right, the sidebar is responding LIVE to what’s happening on the video stream. Want to see the stock info about MF Global Holdings, a hot topic in the finance world? Click the sidebar and see not just graphs and data but links to recent stories about the company: 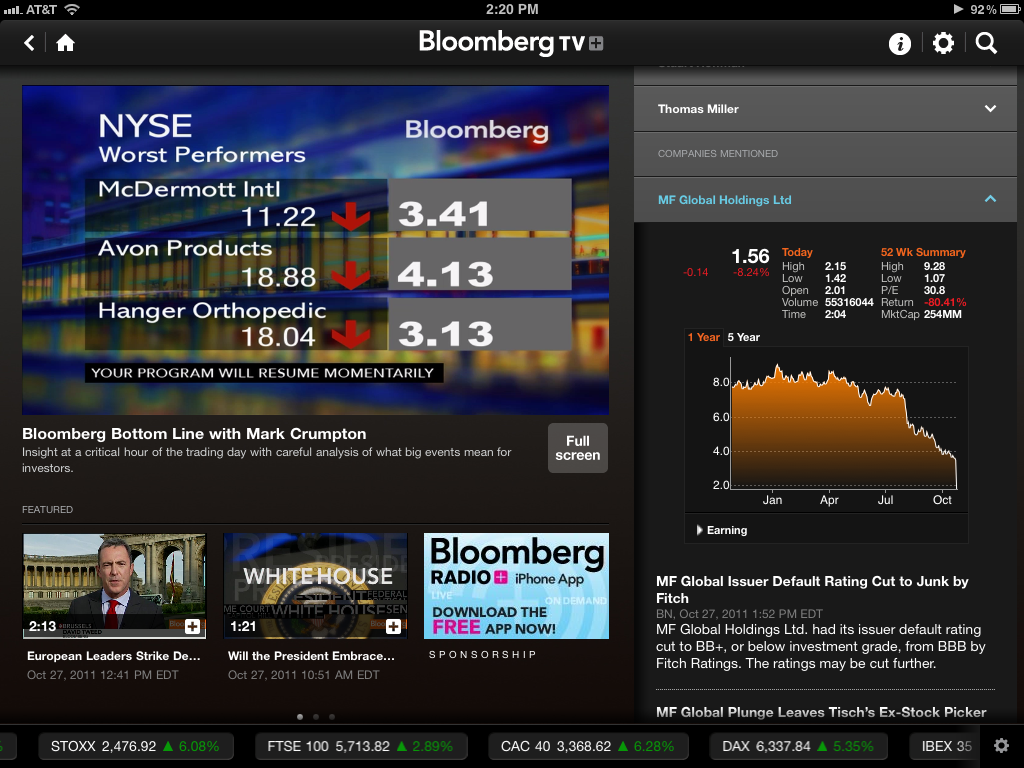 Was George Papandreou just mentioned on air, but you don’t know who he is? I didn’t, so I clicked on his name—turns out he’s the Prime Minister of the Hellenic Republic. I wanted to know more, so I clicked on a new story about him, which I could then read straight from the app. 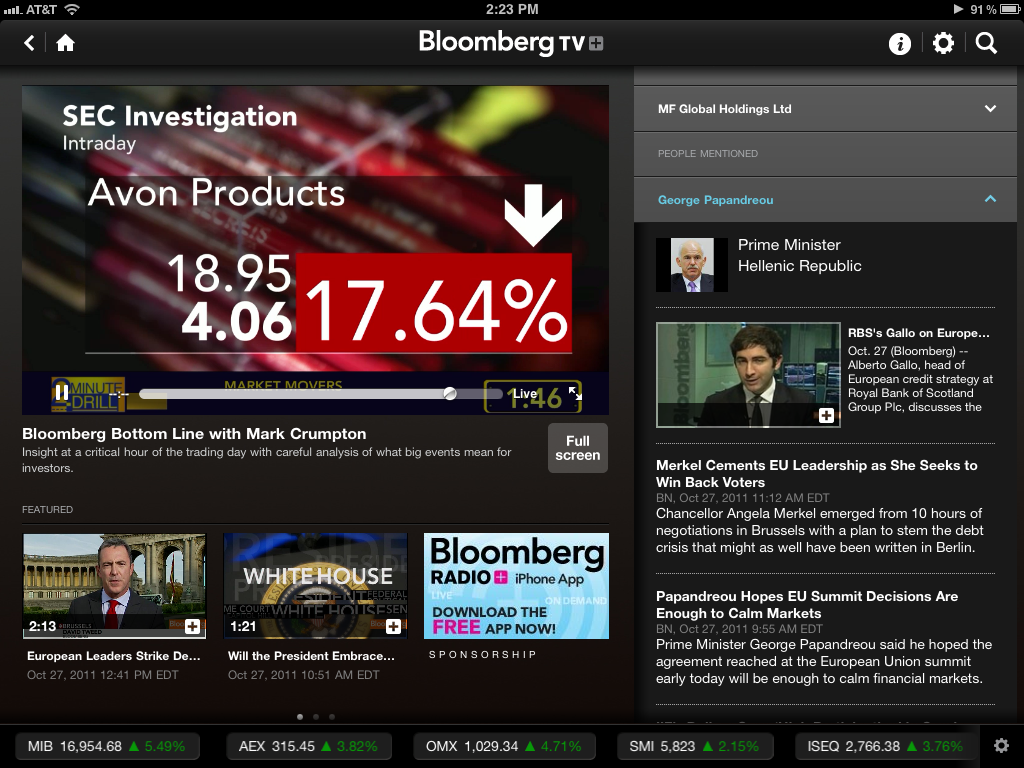