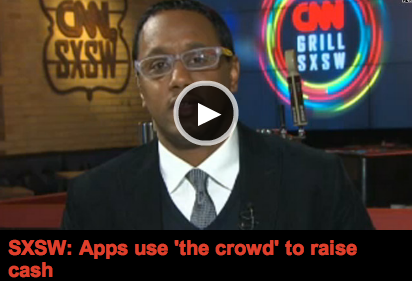 Crowdfunding is hot at this year’s South by Southwest: Here’s Why

Crowdfunding isn’t a particularly new idea—ever since it was possible to take payments over the Internet, organizations and individuals have been using their online audiences to fund myriad projects, from entertainment like movies and theatre to tech products like solar energy. But websites like Kickstarter and IndieGoGo provide platforms that really change the way people thought about crowdfunding projects. No longer do entrepreneurs and artists need to create their own web sites and manage their own credit-card processing. Now with an idea, a great video, and some promotion, a great idea can go from pipe dream to fully-funded reality.

But because of how Kickstarter works, your project only gets funded if you meet your fundraising goal. If you fall even a single dollar short, you don’t get a dime of what you’ve raised. And while high profile projects on Kickstarter now raise millions of dollars, niche products often find it difficult to succeed.

Contrast that with IndieGoGo, a crowdfunding tool that’s getting pretty heavy buzz here at SXSW this year. While I’d heard of the platform before, they partnered with none other than George Clinton this year, and he performed a show at their tent. George has a really interesting project he’s trying to fund—raising $50,000 to buy back the rights to his music and restore the original tapes as well as perform some much needed repairs to the Parliament-Funkadelic family recording studio. 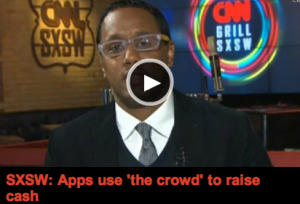 IndieGoGo aims to improve on Kickstarter’s model in a number of important ways. For one, even if your project doesn’t meet the fundraising goal, you still get the money. Along with that, projects are no longer US-exclusive—funding can come from anywhere in the world now and are dispersed immediately. Another cool feature is that unlike Kickstarter’s curated home page where employees of the company choose which products are featured on the homepage, IndieGoGo has an algorithm that looks at 15 different facets of your campaign and finds projects that match its criteria. This means that a well-designed project is more likely to be featured and funded.