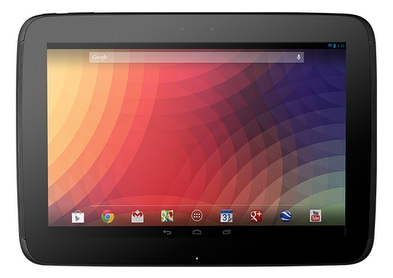 Turns out, Google isn’t going to let a little thing like the worst meteorological event of the last 80 years keep them down. Nope, even though they were forced to cancel their big event in NYC today, we still get find out all about their new devices, the Nexus 4 and the Nexus 10. 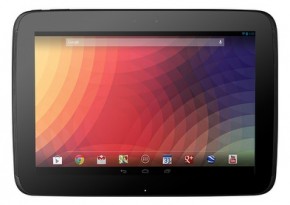 The new Google Nexus 10, a 10″ tablet designed to compete with the full-size iPad

It’s a little confusing how many devices are named the Nexus, so let’s recap for a second. The Nexus is a product line of hardware designed by Google for Android. It comes it 3 sizes: smartphone, 7″ tablet & 10″ tablet. The Nexus 7 is the 7″ tablet that’s been out for a few months (you can watch our hands-on review of the device here). The Nexus 4 is Google’s newest smartphone, and the Nexus 10 is the 10″ tablet (see what they did there?). So in other words the numbers indicate how big the device is, more or less, and not a sequential progression of newer devices.

Both the Nexus 4 and Nexus 10 came out today and will be available in the Google Play store on November 13th. The Nexus 10 is Google’s answer to the original iPad. The 10″ screen boasts a 300ppi screen (that’s 2560 x 1600 resolution) making the display very competitive with the Retina iPad. Google’s calling it “True RGB Real Stripe PLS,” but they might be the only ones, given how incredibly not catchy that term is. It’s running Android 4.2, aka the latest flavor of Jelly Bean, and by all accounts has a form factor and build quality superior to a lot of competitors. Plus it’s cheaper than the iPad, costing $399 for the 16GB version and $499 for the 32GB version. However, neither model will come with cellular support: for now, Nexus 10 is WiFi only. 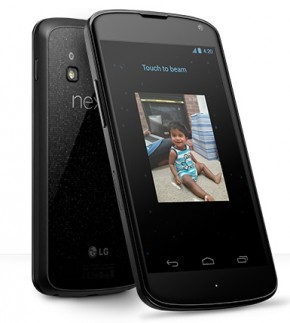 The Nexus 4 is not technically 4 inches. But it does have a 4.7″ display (also 300ppi), so it’s pretty close. Developed by LG, this is a Google-branded upgraded version of the Optimus G we talked about recently that’s prettier and more solid, though it shares a lot of specs, including 2GB of RAM and a 1.5 GHz Quad-Core Snapdragon S4 processor. One very interesting thing: Google isn’t selling this phone via exclusive contract, and instead it will only be available in the Google Play store starting 11/13. The good news is that it will be unlocked, and you can use it with any carrier. The bad news is that there’s no LTE.