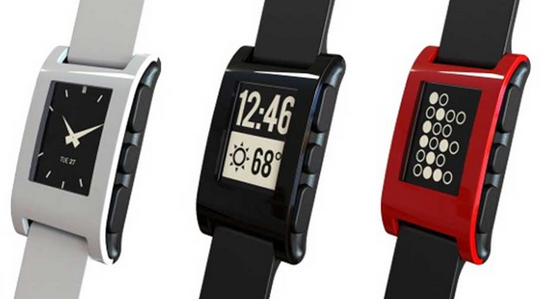 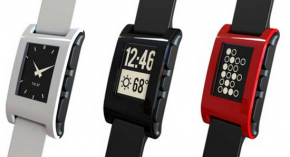 Have you seen the Pebble Watch? It’s a customizable smart watch that uses Bluetooth to deliver info from your phone, like texts, emails, phone calls, iMessages and more. And of course, it tells the time. And it can run apps designed for it, and integrates with pre-existing favorite like RunKeeper. All of this shows up on the watch’s e-ink screen (similar to the screen in the original Kindles) that uses way less power than a traditionally illuminated screen like you’d get on your smartphone, so the battery can last way longer.

So why is this announcement especially exciting? Well, Pebble is interesting in that it’s a Kickstarter success story: it raised a record-breaking 10 Million, had something like 85,000 units ordered, and just generally signified a breakthrough that Kickstarter campaigns could and should be taken seriously.

It’s also important given the recent controversy around Kickstarters that have been funded, but missed their product delivery deadline completely. The fact that the Pebble Watch is a successful piece of Kickstarter hardware that will actually make its way to consumers is huge, and hugely redeeming of the entire Kickstarter model.