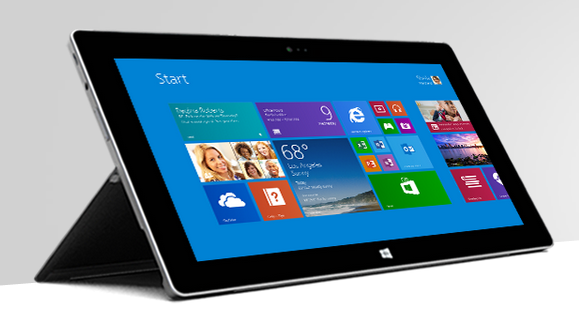 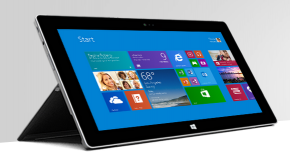 It looks like the new Microsoft Surface models (the Surface 2 and Surface Pro 2) may be gaining more traction this time around: since its debut at a New York event last week the company has announced that its first run has nearly reached sold-out status in their online store. However dubious some may find their claims, the new features on the Surface 2 may justify the hype. (And to be fair, it is unclear whether stock in other stores, such as Best Buy or even Microsoft’s retails locations, is affected by the pre-order mania).

So what’s new? To start, Microsoft has improved the Surface 2’s battery life by 25% and the addition of the NVIDIA Tegra 4 chip has increased the processing power and given the device a leap in graphical performance. If you want to have an intimate Skype session, the camera has been tweaked to support low-light settings and a more ergonomic kickstand ensures that the Surface 2 can sit on your lap in Santa-like comfort. How it will handle Windows 8.1, however, remains to be seen.

Of course, the most frequently asked query on this attractive device is “what can I expect to pay for one of these” and the answer is quite pleasant: The Surface 2 is actually cheaper than its direct ancestor the Surface RT (which sold for $499). You can expect to pick up the silver magnesium wonder for about $449 (32GB). If you require more space, you can double the capacity by opting for the 64 GB version for only $100 more.

If you are in fact able to get your digital hands on one of these tablets, you can expect your order to ship by October 25. More info on the Microsoft website.