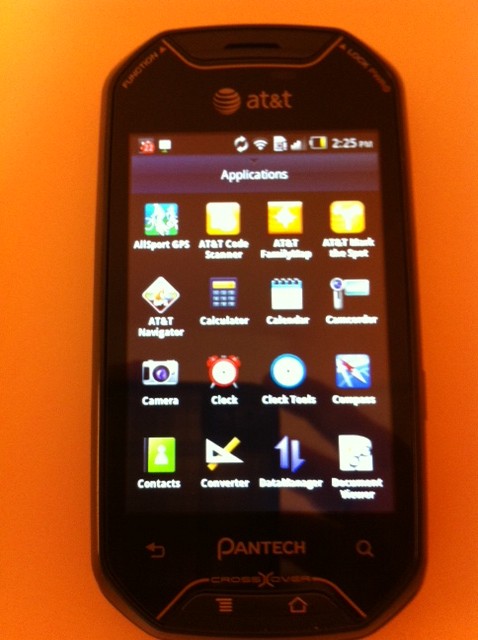 The Pantech Crossover is the Perfect Entry Level Smartphone

I recently had the pleasure of using the Pantech Crossover for a week,  and I have to say that I’m impressed.  I have been a smartphone user for a REALLY long time (I don’t want to say how long for fear of sounding like a bigger nerd than I already do).  I feel like I’ve basically seen it all when it comes to handheld devices.  And yet, this small Android device with a real keyboard was still able to surprise me.  As comfortable as I feel with smart phones generally, I realized I hadn’t used one with a proper keyboard since my T-Mobile Sidekick.  While the form was foreign to me, I was impressed at how easily I was able to begin using the Crossover due to its intuitive design and responsive interface.

The Crossover is available from our sponsor, AT&T, for free with a new contract. However, even though this is more of a basic-model smart phone, I was impressed to find it has features that I normally associate with higher-end models.  Users who are new to smart phones wont be intimidated by the Crossover, as it combines the friendliness of a slide-out keyboard with the fun of a touch screen.  The device has clearly been designed with a focus on intuitive use, and I found the layout and design to be very thoughtful.

As soon as I unboxed the Crossover, I wanted to play with it. First thing was to give it a full charge so I could evaluate the battery life.  On plugging in the phone, I noticed that the charger is placed in a way that makes it very easy to hold and use the phone while it is charging (an example of thoughtful design).  The battery life was very satisfactory, by the way, lasting almost 3 days on its first charge.  The Crossover also has wifi, a feature more-often found on pricier handsets.  Users can take advantage of hotspots and enjoy potentially faster data speeds using their home wifi setups, while simultaneously saving on mobile data costs.

The phone was quick to set up, and easily integrated with many of my favorite social networking sites.  I was able to load up my Twitter and Facebook without complication by using the available apps.  In fact, I was impressed with the Android marketplace and the variety of apps available.  New smartphone users will be pleased to know that the  Android marketplace definitely has more free apps than Apple’s app store.  There is a tradeoff, though—while you can get for free lots of apps you’d pay a dollar for on an iPhone, those apps will have ads on Android.  For example, in the Android marketplace you can download an ad-supported full-version of Angry Birds, something I demoed heavily for this review.  The greater proliferation of free apps  on Android pairs well with the entry level price point of the device, making it possible to have all of the great features of a smart phone without spending hundreds or thousands of dollars. 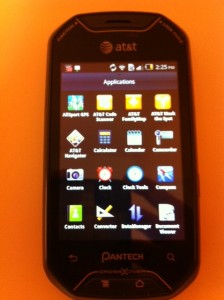 The Crossover definitely  impressed me with its offer of similar form and function to much more expensive phones.  I wouldn’t say it’s identical to all higher-end handsets, but if you or someone you know is interested in upgrading to a smart phone from a regular handset, the Crossover would be an excellent choice.  Users new to smart phones should take easily to this feature-rich phone, and will enjoy the ability to sketch, email, Tweet, snap and share pictures, and play games without a hefty price tag.