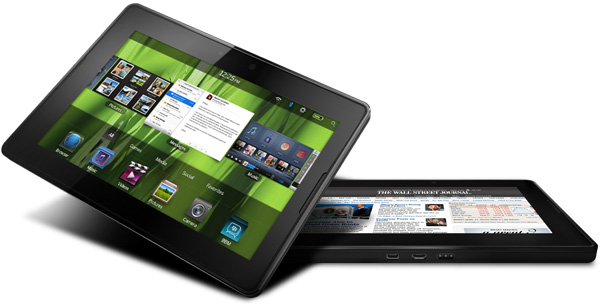 BlackBerry Drops PlayBook Price to $299 Across the Board 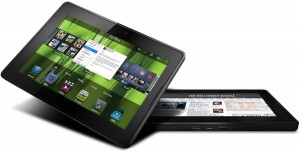 Regardless of what version you choose (16, 32, or 64GB) you can grab a BlackBerry PlayBook Tablet for only $299 – That’s a total of $400 bucks off the original 64GB price when the device was initially released.

Now if you’ve been “reading the tea leaves” and constantly checking online sites, prices for the 16GB version dropped to as low as $199 during this past holiday season. Which means if you really, REALLY only want the 16GB version, presumably, you will have to shell out 100 bucks more than its lowest price ever listed. On the flipside, if you want to maximize every penny, you can have all the space you need in the 64GB version at a steal.

For the PlayBook to match its tablet colleagues in the productivity category, you still (for now) need a BlackBerry Smartphone tethered (for free) to the PlayBook for a native email, calendar & contacts experience (most services offer a mobile-friendly web version); but, if you’re going to ride with #TeamBlackBerry until the wheels fall off, you have until February 4th to pick up the tablet at $299.

The deal is only offered via BlackBerry online, so check out the BlackBerry Online Store for more details on how to purchase.