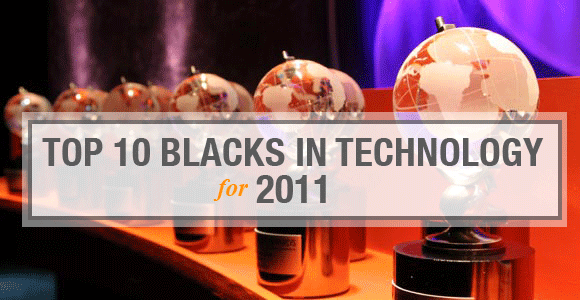 I Was Just Awarded as One of the Top 10 Blacks in Technology for 2011!

I’m thrilled to announce that I was just honored as one of the Top 10 Blacks in Technology here at South by Southwest.

The real honor, though, is to have been included in this amazing list of people who are being acknowledged alongside me tonight. My thanks go out to Get BiT for this recognition.

Mario Armstrong is an Emmy Award winning media personality! He is a Digital Lifestyle expert, talk show host, journalist and co-founder of an educational youth initiative: TechTechBoom.com! He translates technology for non-tech audiences and is the on-air contributor for NBC’s TODAY show, CNN/HLN, NPR’s Morning Edition and Tell Me More. He hosts the only daily technology talk show on SiriusXM radio ch. 128 and a weekly radio series on Maryland public radio station WYPR.

Recently, Mario won an Emmy award for Best TV show host and among other projects he is currently pitching a reality tv show to networks and production companies Read more »

Angela Benton’s experience spans a variety of industries and roles. She has worked at several InterActive Corp businesses including RealEstate.com, LendingTree.com, and RushmoreDrive.com. Additionally she has held roles at Bizjournals.com, UPS, and Homes of Color Magazine. Throughout her career she has worked in a variety of roles in design, marketing, development, and digital strategy. Her expertise lies in New Media.

Presently Angela is the CEO of Black Web Media, which publishes BlackWeb20.com the leading online publication for African-Americans interested in Technology and New Media. Black Web Media’s mission is to be a catalyst for innovation and inclusive ideas on the web for African-Americans. She also Founded and Chairs’ the New Media Entrepreneurship Conference, who’s goal is to steer the Internet economy to be more diverse and inclusive.Read more »

is the Vice President of Global Digital and Consumer Engagement at Kraft Foods. In this role, he oversees all of Kraft’s digital communications, establish new partnerships with online platforms, manage internal capabilities and develop strategies across the firm’s product portfolio.   Prior to this, he was Global Head of Digital for PepsiCo where he oversaw the company-wide digital strategy and the implementation of social media tools across their portfolio of food and beverage brands. He also taught for five years at NYU’s Center for Publishing and co-authored the book Perspectives on Social Media Marketing.  Read more »

with many gold, platinum and multi-platinum albums and singles to his name, is a bonafide hitmaker in Rap, R&B and Pop. In addition to his many hits on artists such as Tupac, Ice Cube and L.L. Cool J., QD3 has remixed singles for artists such as Prince, Ronald Isley, Queen Latifah, Coolio, Naughty By Nature, Everlast and Morcheeba, among others. For this work QD3 was nominated for a Source award for “Producer of The Year” along with Dr.Dre and others.

QD3’s activity in the Film and Television arenas includes the score for the critically acclaimed box office smash, Menace to Society, as well as songs featured in Gang Related, Panthers and Jason’s Lyric. QD3 composed theme songs for the In The House comedy series, starring L.L. Cool J., Out All Night, featuring Patti Labelle, and most recently The PJ’s, Eddie Murphy’s weekly animated comedy series (for which QD3 received an Emmy nomination), as well as the theme for Grown Ups, starring Erkel. ASCAP honored QD3 with the 1993 ASCAP Composers Award for his work on Fresh Prince of Bel Air, starring Will Smith. Read more »

is an anchor and special correspondent for CNN. She is currently the anchor of CNN’s morning news program, Starting Point, which premiered in January 2012.  Since joining the network in 2003, O’Brien has reported breaking news from around the globe and has produced award-winning and record-breaking documentaries on the most important stories facing the world today.

She also covers political news as part of CNN’s “Best Political Team on Television.”  Before CNN, O’Brien worked for NBC News, where she anchored the network’s Weekend Today starting in July 1999. Prior to that, she had anchored MSNBC’s award-winning technology program The Site and the MSNBC weekend morning show. O’Brien had originally joined NBC News in 1991 and was based in New York as a field producer for Nightly News and Today.

She is a graduate of Harvard University with a degree in English and American literature. Read more »

is an entrepreneur, advisor and technology journalist. Wayne helps individuals, startups and businesses succeed in understanding how to communicate on the social web via web development, user experience, brand strategy and marketing (Mobile and Social). With 10 plus years of experience in internet technology, he has provided counsel to business leaders ranging from founders of small startups and representatives of nonprofit organizations to CEOs of large and small corporations.

is a multimedia content producer focusing on technology at Black Enterprise Magazine. Before joining BlackEnterprise.com as an interactive reporter in 2008, she freelanced with Black Enterprise for several years while working as the technical editor at Prepared Foods magazine. There she further honed her writing skills and became an authority on food ingredients, including ingredients used in food fortification and enrichment. Her freelancing helped keep her stay current on issues pertaining to the financial and business welfare of African Americans.

An avid photographer, Marcia is one of several employees at BLACK ENTERPRISE who interned for the publishing company as a college student.Read more »

is a politically-active, technology-loving comedian from the future. He co-founded the black political blog, Jack and Jill Politics and serves as Director of Digital for The Onion. He has written for Vanity Fair and the UK Independent, hosted Popular Science’s Future Of on Discovery Science, and appears on cable news regularly to say smart things in funny ways. Then-candidate Barack Obama called him “someone I need to know.”

Baratunde travels the world speaking and advising and performs standup regularly in NYC. He resides in Brooklyn, lives on Twitter, and has over 30 years experience being black. His first book, How To Be Black, was published in February 2012 by Harper Collins.Read more »

is the Director of Business Development for Foursquare, a mobile social application that mixes social, locative and gaming elements to encourage users to explore cities in which they live or visit and reward them for doing so. He has led partnership efforts with various media entities and large retailers, including Bravo, MTV, CNN, New York Times, NBA and Starbucks. Tristan was also featured in The Hollywood Reporter’s Digital Power Top 50 list for 2010.

Tristan holds a B.A. degree in Economics from Stony Brook University, where he graduated as valedictorian and he also holds a MBA from the Stanford University Graduate School of Business. He currently lives in Palo Alto with his family and is originally from New York Read more »

coined a “serial entrepreneur” by Entrepreneur Magazine in February 2000, has launched and operated numerous technology-based companies since founding his first, Envision Designs, while initially studying architecture as an undergraduate student in college. In 1993, Clarence co-founded Metamorphosis Studios, an interactive multimedia development firm, where he served as CEO and Creative Director until early 1998 when the company was acquired by MediSolv, Inc. Immediately following the acquisition, at the height of the dot-com boom, Clarence co-founded and served as CEO of ImageCafe.com. Touted as the Internet’s first online superstore of customizable websites-to-go, ImageCafe was acquired for $23 million by Network Solutions/Verisign in November 1999, just seven months after it launched.

Clarence is currently founder and CEO of Arrived, Inc., a Silicon Valley-based consumer mobile startup that is working to transform the way people connect by putting the face-to-face back in social. In addition to Arrived, Clarence is founder and serves as Executive Chairman of Groupsite.com, a leader in social collaboration with over 45,000 companies and organizations as customers. Read more »