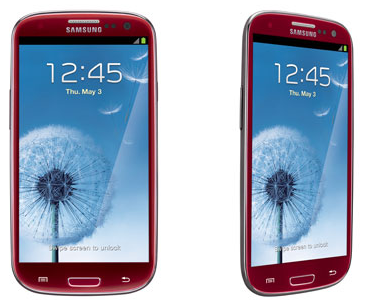 Samsung Galaxy S III Now Available in Red—Check it Out! 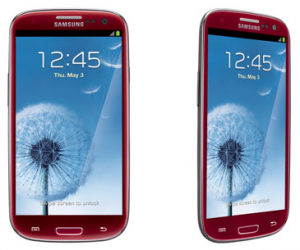 Want a great smartphone to take advantage of blazing LTE speeds (now in 51 markets!) but can’t wait to find out if Apple’s next iPhone will be able to connect to the network? The Samsung Galaxy S III on AT&T is a great choice. And with AT&T, you can exclusively order the phone in Garnet Red (seen to the right). And just like the white and blue models, the red Galaxy S III is available for just $199 with a 2-year contract.

If you’re still on the fence about the S III, then you might enjoy our preview video where we look at some of its top features. And we don’t even cover everything in that video! There’s a bunch more photo modes (take pictures while video records, for one) as well as NFC technology built into the phone, so you’re getting a lot with a phone that’s available today. Well, Sunday, technically.

What do you think? Is a red Galaxy S III enough to get you to embrace Android? If not, what killer feature does Android lack that’s holding you back? Let us know in the comments!