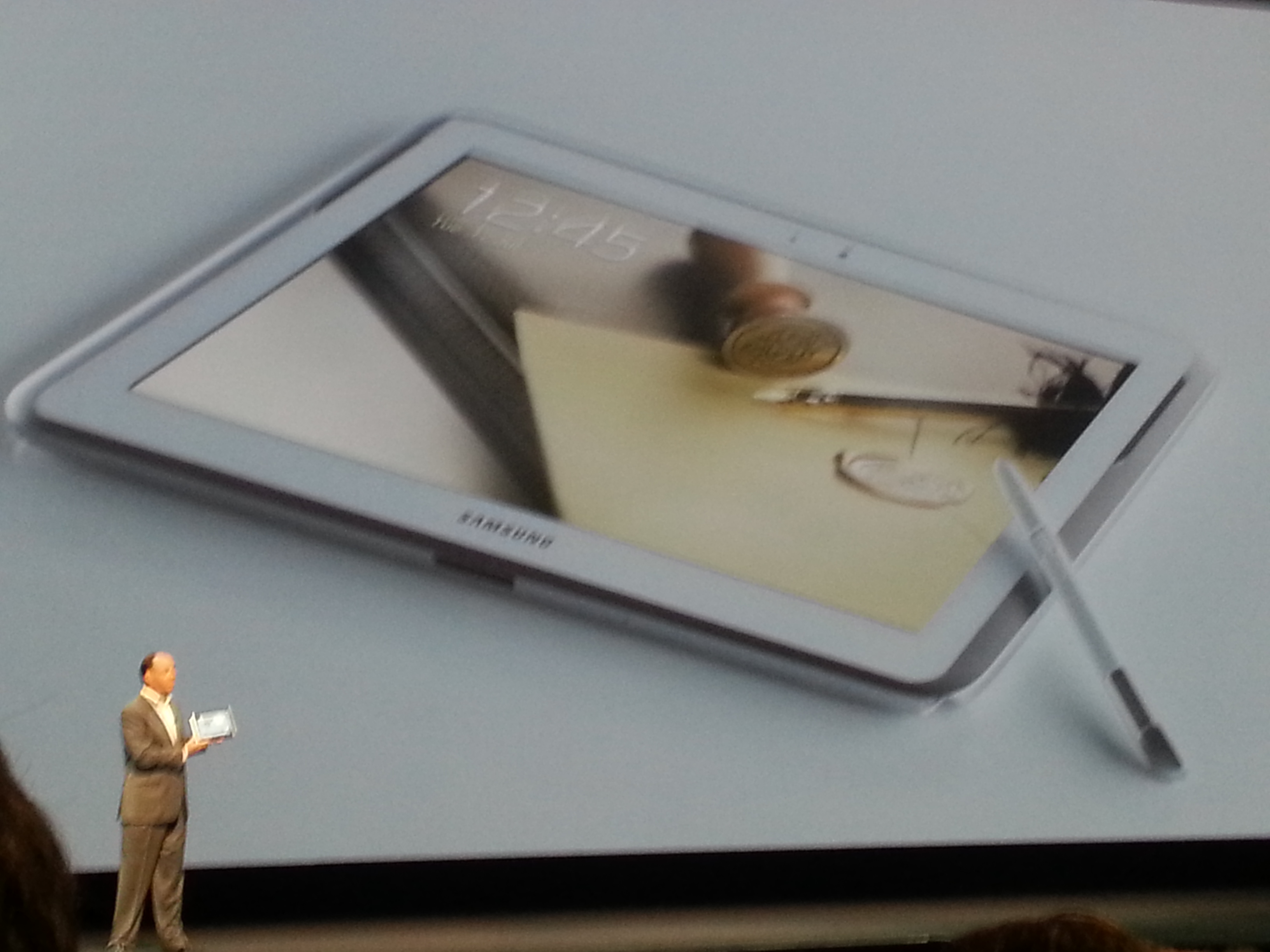 This morning, Samsung announced their latest tablet, the Galaxy Note 10.1″. The word “Note” here is perhaps the most important, as it signifies Samsung bringing their S-Pen technology to tablets from the 5.3″ phone bearing the same name. With the S-Pen, Samsung is hoping that people will be able to use the tab not just to consume content on the web and through apps, but to become producers of content as well. To that end, they brought out film director Baz Luhrmann and fashion designer Zac Posen to talk about how they have been using their tabs over the past few weeks creatively in their work.

Mario and I got to spend more than an hour with the tablet, and while it wasn’t enough time to form a full opinion, we did get to test much of the hyped functionality of the tablet. 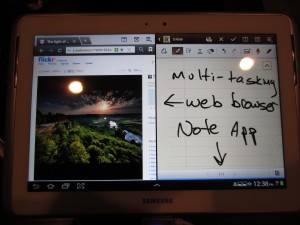 Probably the feature that’s been drawing the most attention so far, Multiscreen is Samsung’s attempt to bring what they call “real multitasking” to the tablet space, allowing you to run two apps side by side at the same time. The app worked as promised, allowing you to browse the web, read email, take notes, work on a document, or browse your camera roll–unfortunately, those are the only things you can do. Only five apps are compatible with Multiscreen, and if you need multitasking functionality not provided here (say, working in Photoshop Touch with your S-Pen) then you’re out of luck. Hopefully, over time, Samsung will find a way to bring other apps to Multiscreen. 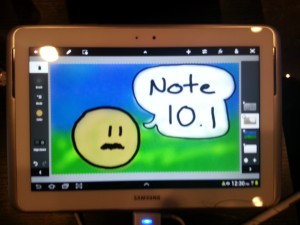 Samsung didn’t say too much about what’s changed in this new version of the S-Pen. When I looked at the original Note, the 5.3″ phone, I found that the S-Pen tech was nowhere near where it needed to be to compete with the iPad for those looking to make serious art on a tablet. I’m happy to report that this new S-Pen in the Note 10.1 seems to be an improvement. Whether it happened in software or hardware, this new pen feels better on the screen and seemed to provide a better response than the first edition, especially in Samsung’s included S-Note software. In Photoshop Touch, arguably the premiere app for this tech, response wasn’t quite as good—the pen lagged a big and sometimes I drew jagged, straight lines if I tried to work too quickly. Strangely, I didn’t see that behavior in Samsung’s apps at all.

Picture in Picture for Videos

Another new feature, which you may have seen on other Android tablets before but is new to the Galaxy line, is that you can now put a video on top of any other content you’re working on. In the videos app, hitting a button pops the video out of the player and deposits a mini picture-in-picture windows on top of your desktop. You can continue to use other apps, including Multiscreen, and the video will continue to play. You can also move the video around, positioning it anywhere on screen and at any size. 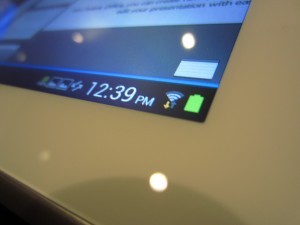 With the new iPad boasting a retina display, you’d expect at least at 1080p display on the newest Samsung tab, no? Sadly, the Note 10.1 manages a 720p display, clocking in at 1,280 x 800 pixels. While the display certainly looked nice in our limited testing indoors, text was nowhere near as sharp as Samsung’s biggest competitor.

One of the biggest problems in terms of adoption of the Samsung Galaxy Note 10.1 may be the pricing. The 16GB wifi-only models goes for $499, and the 32GB wifi-only edition $599. While some may see the inclusion of the S-Pen and the related tech that it brings to the platform as a major value addition, is it enough to compete with the iPad at the same price? After all, the new iPad is able to offer a retina display and a far deeper app store experience at that price point. Never mind the fact that the mobile professional can spring for the $129 4G LTE option. 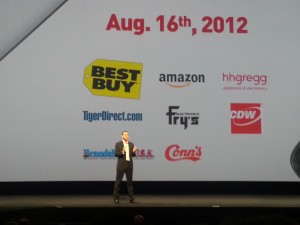 e only got to spend an hour with the device, but hopefully we’ll be able to test out the features a bit more and bring you more info as the full story of the Note 10.1 unfolds. In the meantime, if you’re looking to get hands on with one yourself, the wait is almost over. This tablet hits all of the major retailers tomorrow.