Check out the Sony Xperia TL, aka the new James Bond Phone

While pricing and availability for the new James Bond phone, the Xperia TL (called just the Xperia T in the UK, as seen in the advert above) have now been announced, I’ll give you two hints.

– Skyfall, the latest James Bond thriller starring Daniel Craig, hits theaters in the US on October 23rd (and the 26th in the UK)

– This is a premium Android smartphone, boasting a best-in class 13-megapixel camera.

You do the math.

The Sony Xperia TL will be available exclusively from AT&T in the US and will be backed by AT&T’s lightning fast LTE network, so it should be able to achieve super fast speeds if you live in an area with LTE coverage.

I got to play with the phone briefly last night, and can definitely say this is one to watch out for. It’s got a really cool curved design just like the old Xperia Arc, is fast and snappy—basically, it looks and feels like a James Bond phone. 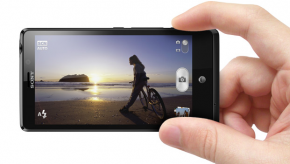 I also had a chance to play with the new bundled apps from Sony, Walkman, Movies, and Album. Combined, these offer great ways to access your music, movies and pics. Album, the photo app, includes some cool features to help you make the best of that 13-megapixel shooter (seriously, how did they cram that thing into this phone?) with a ton of Instagram-like filters, red eye reduction, and more. It’ll also geotag your photos and put them on a map so you can quickly see which photos you took where.

Specs from the press release below. 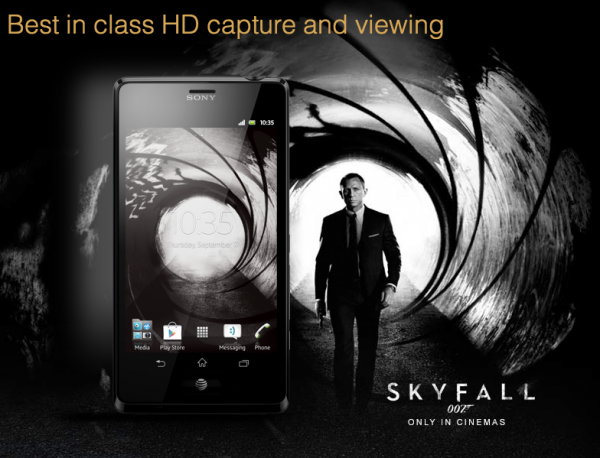