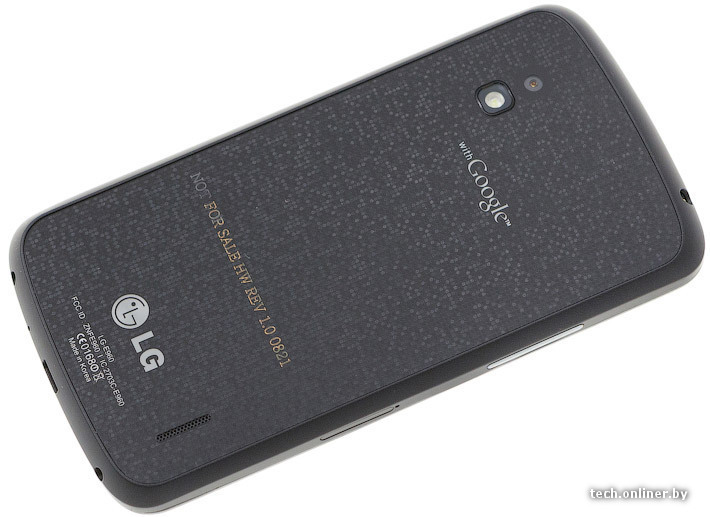 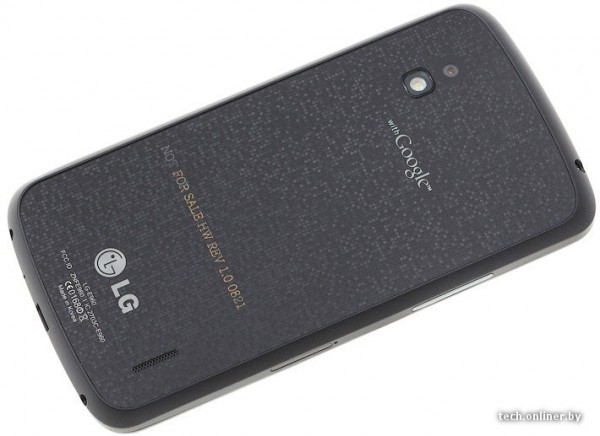 Rumors about Google’s new Nexus phone have really started flying in the last couple days! We’re going to round up the rumors, but remember…they’re just rumors! Even if it seems like a sure thing, it’s all still subject to change. One thing is certain though: now is the time for manufacturers to release their new products. Samsung, Apple, Microsoft, Amazon, and probably Google, everybody’s pulling out all the stops in anticipation of the holiday season, even though it seems like it’s too soon!

Lots of sources, including NBC, are reporting that the device will most likely be announced on Monday, October 29. Supposedly the device is modeled after (and fairly closely resembles) the LG Optimus G model. The Optimus G is not available yet in the United States, but it did go on sale in South Korea last month, and boasts some really impressive specs: a quad-core 1.5GHz Snapdragon S4 processor, 32GB of storage (plus MicroSD expansion), a 13MP camera and a 4.7 inch screen with 1280×720 resolution.

It’s far from certain how exactly the hardware and Android experience will compare from the Optimus G to the Nexus, but it’s definitely worth noting that this is LG’s first real big push into the high-end smartphone market, and expectations (and promises) are high. The Optimus G is LG’s first real attempt to compete with the Galaxy SIII and the iPhone, and comes with the backing of Google. Rumors are also flying that Google has plans to beef up their support staff to deal with an anticipated increase in customer inquiries, presumably from consumers buying the Nexus.

But perhaps the most fun thing to speculate about is leaked product photos, especially the side-by-side comparison with the iPhone 5. The photos are from Tech Onliner, and if you read Russian you’re welcome to go take a look at their original coverage. For the rest of us, we’ll just take a look at the photos below and hold tight till October 29th! 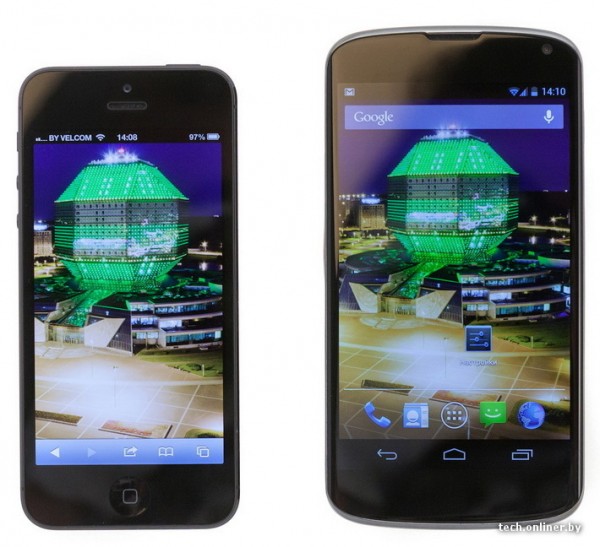 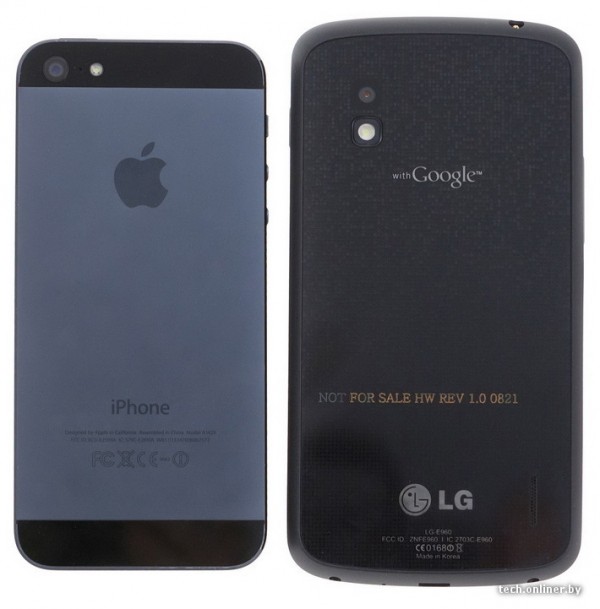 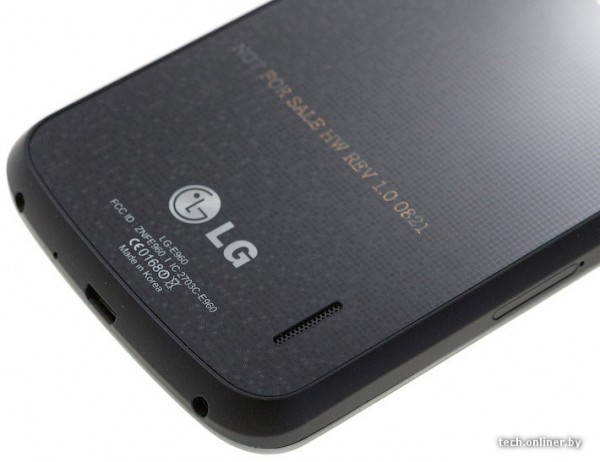