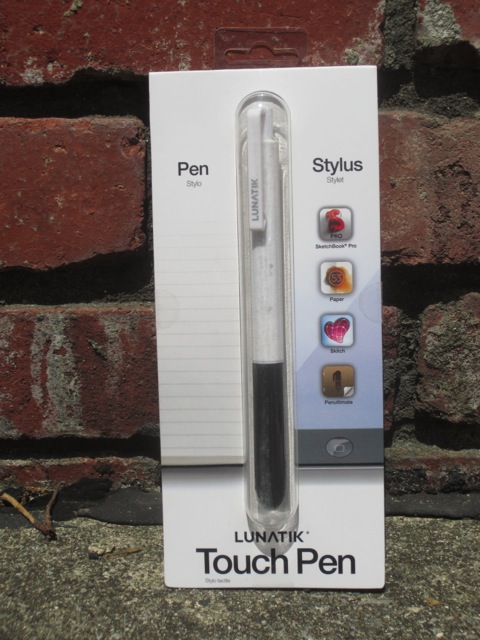 Which of Lunatik’s Styluses is the Best? A Look at the Touch Pen, Alloy, and the Chubby 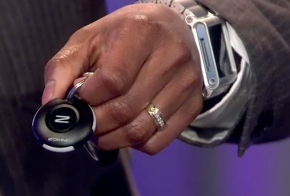 Tablet’s are awesome devices, but one thing that can really take your tablet experience to the next level is a great stylus. Whether you’re marking up documents for review, taking notes at a meeting, or even just doodling away in Draw Something. If you’ve ever seen Mario on TV, then you’ve probably seen him rocking a Lunatik iPod Nano Watch (see image, right). While Lunatik first jumped onto the scene with their awesome watch bands, they’ve since expanded their product line significantly, with several iPhone cases and tablet styluses now available.

They were kind enough to send us a review sample of all three styluses they make, so today I’m going to tell you which of the three I’d recommend. 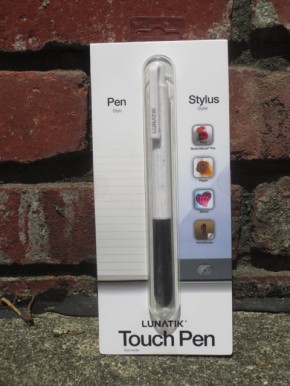 For the minimalist who can’t stand the idea of having to carry around both a stylus and a pen, the Lunatik Touch Pen is a great combination of the two in one device, at an attractive price. While I didn’t find it to be quite as responsive as the $10-15 dedicated styluses you can find almost everywhere from manufacturers like Griffin, Targus and Kensington, it was very accurate with a firm tip, replaceable ink cartridge, and fashionable, modern design.

Unlike cheaper styluses, the Touch Pen came with a nice bonus—it was wider and longer and I personally found it more natural to hold. While the plastic felt a little cheap, the clicking mechanism was very satisfying and I love that you can replace the rubber stylus bit if you ever wear it out. 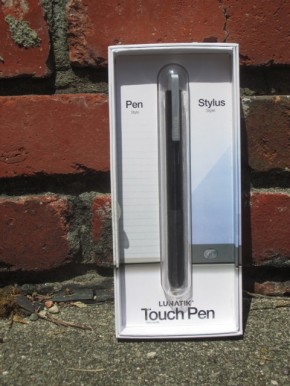 For twice the price, you can step up from the plastic Touch Pen to the Alloy model, which while functionally the same as the regular touch pen features an all-metal body that adds an excellent weight to the pen and should ensure some durability as well. If you scoff at the idea of introducing yet another plastic pen into the world, the Alloy may be the option for you, but a few caveats are in order. While functionally identical to the plastic Touch Pen, my review unit of the Alloy seemed to feature a slightly different, slightly stiffer, rubber for the stylus portion of the device. While in theory this should make little difference, in practice it meant I had to push down harder in order to get my iPad to respond.

One nice thing with most styluses is that it is effortless to glide them over the iPad’s smooth, glass surface. With the Touch Pen Alloy I found myself often thinking I was writing or tapping on the screen only to discover I wasn’t pushing down hard enough. If this is your first stylus, it might not be such a big deal as you’ll probably just assume this is how they’re supposed to work. But if you’ve tried anything else on the ipad or your Android tablet before, you’ll definitely be disappointed in this one’s performance. 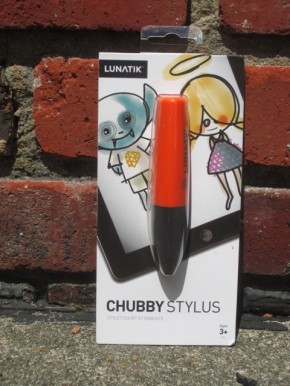 I’ll get this out of the way quickly. Yes, the Chubby is primarily designed for children and is available in a variety of wacky, completely non-professional colors like bright blue, neon yellow, and violet. But it’s also one of the friendliest, most comfortable styluses I’ve ever used. If I could only have one Lunatik stylus this would be the one, and if I were forced to choose from all of the styluses I’ve used it’d be tough to pick between the Lunatik Chubby and my previous favorite, the Wacom Bamboo stylus. Why? First of all, this thing is incredibly comfortable to hold—it fits perfectly in my small-ish hands and allowed me to work with my hands close to the iPad’s surface. When working on longer documents or drawings on the iPad, I found my hand cramped far less when using the Chubby compared to other devices. 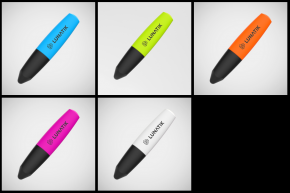 The only caveat is that you have to be holding the bottom (black) portion of the stylus with at least some part of your hand. While this wasn’t an issue during my testing, it’s worth noting that this behavior is very different than every other stylus I’ve ever reviewed. I guess Lunatik is using a different type of tip for this stylus, but since the texture of the Chubby feels so perfect in the hand it’s hard to fault them for this decision.

Needless to say, if you’re looking to buy or share a stylus with your kid, this should be a no-brainer purchase, although next week on this blog I’ll be looking at the Crayola-branded styluses from Griffin that work with the exclusive Crayola apps on the iPad, and I’ll be going more in-depth about exactly what to look for when buying a stylus for a child.