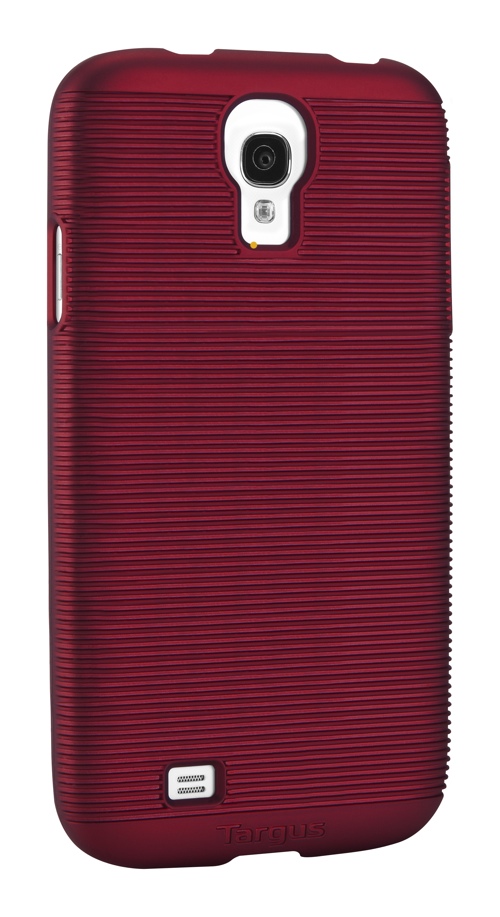 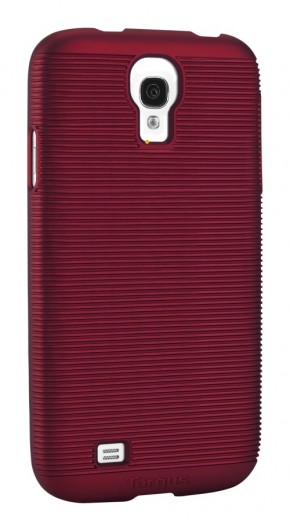 This morning Targus announced a new line of smartphone cases specifically designed for the Samsung Galaxy S4 and the Note 8 devices. Considering the S4 just launched last week, that was pretty fast!

Describing the cases as “sleek” and “sexy” this new line of cases promises to show off a “modern, yet sophisticated style” according to Melissa Chapman, VP of Tablet and Phone products for Targus. As you can see in the images to the right, these are definitely not your Dad’s oversized, dorky cases—the “Midnight Collection” offers laser cut textures, metallic finishes, and a selection of colors include Noir/Black, Pool Blue, and Crimson (shown).

These definitely won’t break the bank either—the S4 cases range in MSRP from $19.99 to $24.99 and will be available later this month. A Galaxy Note 8 case is also coming to the Midnight Collection, featuring a soft-touch lining to protect your device as well as a built-in kickstand. That will be hitting stores in June with an MSRP of $29.99.