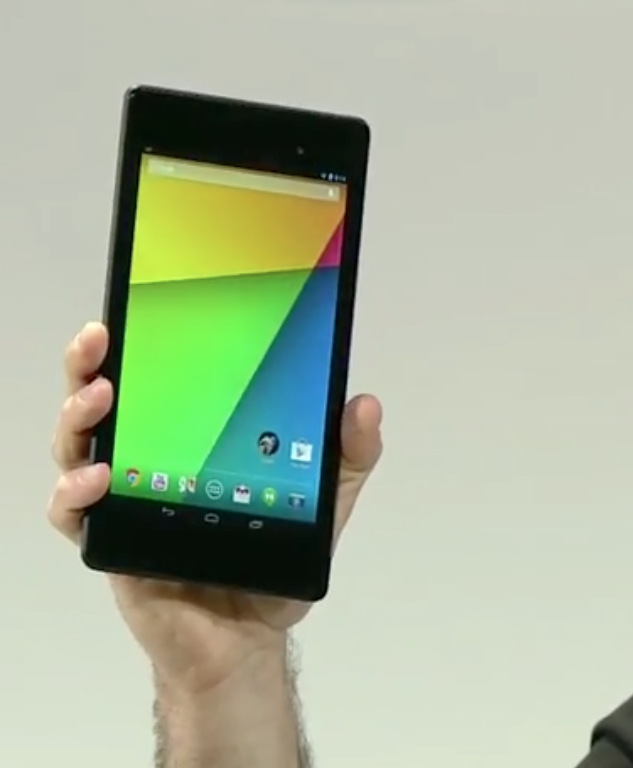 At their press event today, Google introduced an updated version of their Nexus 7 tablet. Building on the success of their original tablet, the new version offers several key upgrades that should continue to expand the Android tablet market.

While this updated version is still made by Asus and features the same 7″ display size, the design has been changed to more closely mimic the thin bezels first seen on the iPad mini. This new Nexus 7 is a narrower tablet that weighs less than the original.

On sale next tuesday, July 39th on play.google.com, as well as at Best Buy, Walmart, Staples, Radio Shack, Amazon and more retailers.

But what’s inside is the biggest update here. The display, still 7″, has been updated from a 720p screen to a hull HD 1080p screen, so the Nexus 7 can now boast that it has the world’s highest resolution for a 7″ tablet at 323 points per inch.

Needless to say, text and images will look much sharper on the device now. 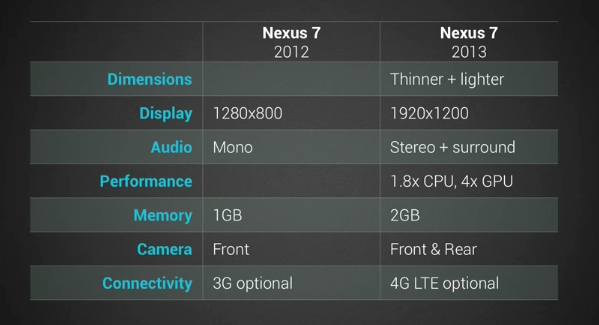 Another more subtle upgrade is from the mono speaker on the original Nexus 7 to the dual stereo speakers on the new version. Google ans Asus worked with the company Fraunhofer to incorporate the latest surround-sound technology into the 2 speakers. Now, Google Play movies will play back on the device in simulated surround sound.

There are now also front- and rear-facing cameras on the device. A 1.2MP camera on the front should be more than enough for video comferencing, and the 5MP rear camera will allow you to take photos as well as record 1080p video directly on to the device.

Inside, the new quad core 1.5Ghz Snapdragon S4 Pro processor will give you a 1.8x faster CPU, and four times the graphics performance of the original Nexus 7, according to Google. Similarly, they doubled system memory to 2GB so you’ll be able to multi-task even more apps.

While the standard dual band Wi-Fi and Bluetooth 4.0 will come standard inside the basic model, a new 4G LTE model in the US comes unlocked from Google and supports 3 different carriers: AT&T, Verizon or T-Mobile. You can choose any of the three by purchasing one same model. 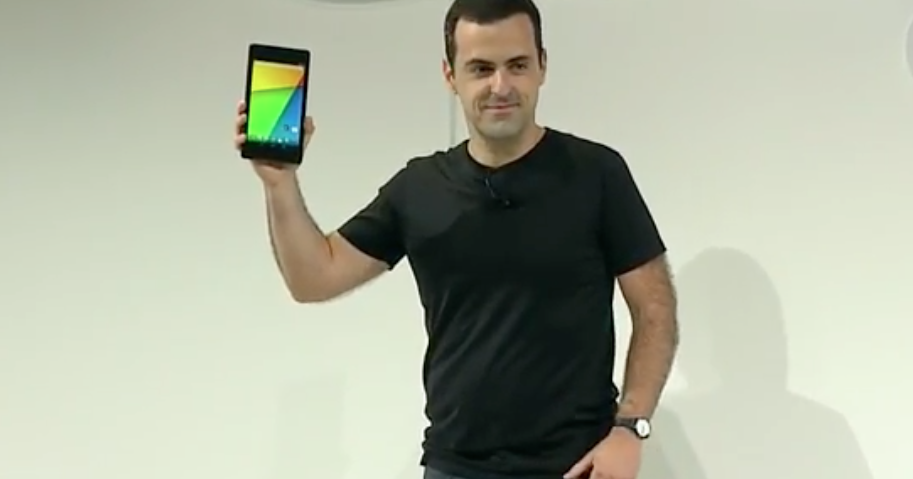 While there are no huge changes in terms of battery life, Google notes that you should get about one extra hour compared to the original, aka 9 hours HD video playback, or 10 hours of web browsing.

One big change is in the Software: the new Nexus 7 is the first tablet shipping with Andrid 4.3.

Restrictued profiles – this allows you to choose which familiy members can access which content and which apps. Each family member has their own profile on the tablet.

Android 4.3 allows apps to behave differently when it’s inside a restricted profile. For instance, apps can hide in-app purchasing functionality from the kids so they won’t even know what content they’re missing out on via IAP.

Other scenarios: retail kiosks and point-of-sale systems can be locked down with restricted profiles.

On Android 4.3, there are a new set of DRM APIs which Netflix will be taking advantage of to support 1080p movies on the new Nexus 7.

Now, the Android 4.3 operating update is also coming to the original Nexus 7, Nexus 4, Nexus 10, and the Galaxy Nexus soon. We’ll have more on that when we know exactly what’s coming.