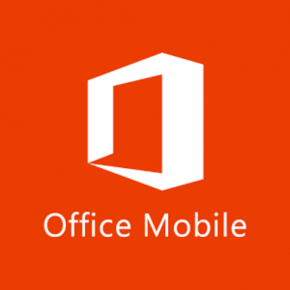 On the heels of its June release of Office for iPhone, yesterday Microsoft made its venerable Office product line available for Android phones. It’s been a sticking point for mobile professionals that the most common word processing, spreadsheet, and slideshow programs were inaccessible on the most common mobile devices. But now we’re able to have Word, Excel, and Powerpoint with us on the go.

Sort of. Despite the ubiquity of smart phones the last few years, Microsoft didn’t make its most popular applications available for a good (to Microsoft) reason: until now, Office products were only available on Windows phones, and Microsoft had hoped that the popularity of those applications would drive users to phones that used their operating system.

And even though Microsoft has finally offered Office on different platforms, they’re still banking on the popularity of Office to pull users further into the Microsoft experience. For one, these aren’t exactly stand-alone applications. Unlike their Windows Phone or Windows 8 counterparts, they require a Microsoft 365 subscription.

And while you can email attachments, syncing and cloud storage is only available through Microsoft’s SkyDrive or SharePoint. Finally, these apps are only supported for the iPhone and Android Phones– there’s no comparable support for iPads and Android Tablets.

Of course, the news isn’t all bad. While you can’t create new documents with the iPhone or Android Office (also unlike their Windows Phone or Windows 8 counterparts), you can edit existing Word, Excel, and PowerPoint files online through the Microsoft services and offline. The editing capabilities for Excel seem especially robust. Check out some of these features from the Microsoft Office for iPhone help:

On top of it all, the interface is easy and intuitive, and the documents, spreadsheets, and slidshows look good to boot. This isn’t just to make it easy on your eyes: in a crunch, a pocket projector and your smart phone are all you need to give a professional looking presentation.

So while it isn’t quite time to toss out your laptop and start running your business through your phone, you can at least make changes to your work while you’re on the go.