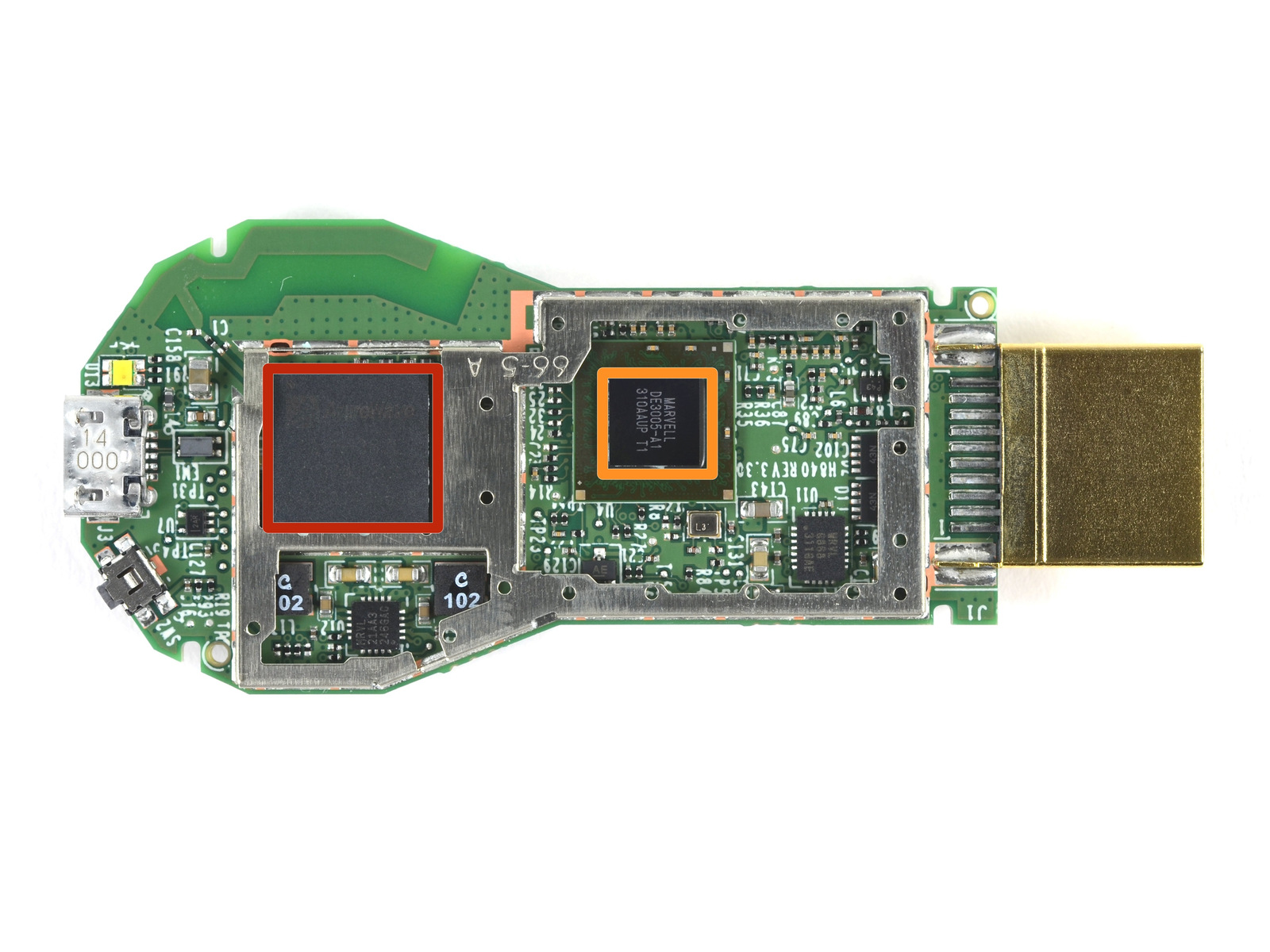 What the heck is Chromecast anyway? A peek inside

You’ve probably heard of Google’s new $35 Chromecast dongle. And if not, here’s the elevator pitch: a small device that plugs into a free HDMI port on your HDTV and gives you a smart TV that can play content from your smartphone, tablet, or computer. Half the price of a Roku that supports 1080p video, and a third of the cost of an Apple TV, the Chromecast is certainly the budget smart TV dongle many have been waiting for, but what the heck is it anyway and what’s inside?

Well, the geniuses over at iFixit tore apart their Chromecast, so now we can tell you a bit more about what this device is (and isn’t!) 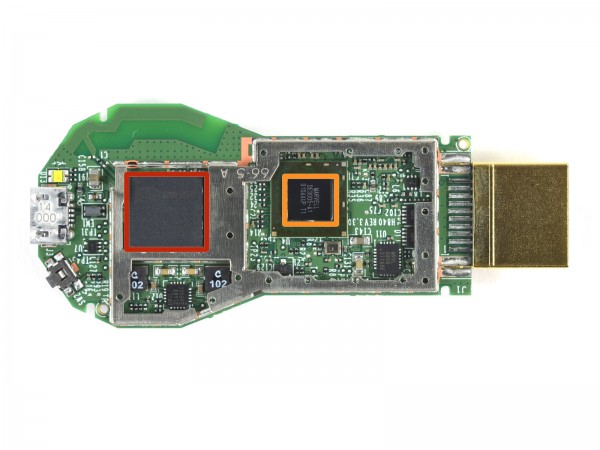 It isn’t a magically shrunken Roku or Apple TV at all, which explains why Google’s Chromecast has such limited features compared to those more expensive boxes. Indeed, according to iFixit, there’s only four parts inside this thing:

That’s a lot of technical mumbo-jumbo, so I’ll break it down. #1 is a wireless chip that connects to your computer during set-up and then, later, your home Wi-Fi network to stream videos. #2 is the CPU, the brains of the Chromecast. While there are no references to the chip online, I have to assume it’s a very low power device (after all, if your TV supports HDMI 1.4, the Chromecast can draw all of its power straight from that port) and it does little more than play back MP4 videos streamed from the Internet. Presumably, it’s a bare bones CPU with almost no power. #3 is the storage – 2 GB on board. This is probably enough to store the Chromecast operating system and some space saved for future updates. The 512MB RAM, #4, is similarly the bare-minimum needed to carry out the video streaming this device handles.

Beyond that, you’ve got a power supply. If you’re using an older TV that doesn’t support HDMI 1.4, you’ll need to plug your Chromecast into the wall. A bummer, I know.

And that’s it. The whole Chromecast package. Right now, it can stream Netflix and YouTube videos to your TV from your Smartphone, Tablet or PC. It can also stream video or tabs from your Chrome browser on Mac, Windows and Chrome OS-based computers. Pandora support is coming soon, and we’ll have to see what other service will plug into this nifty little device in the coming months.