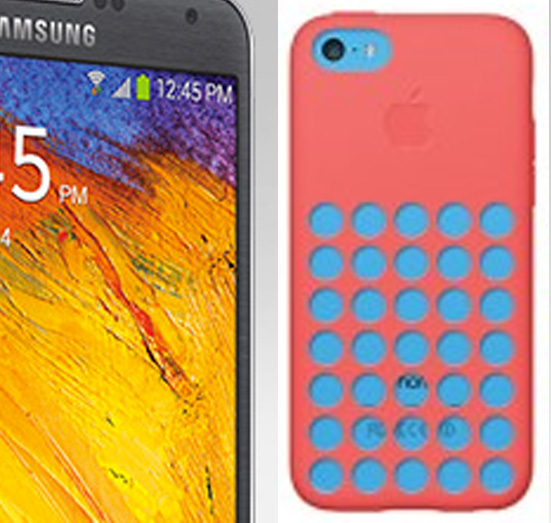 One question we’re getting a lot is, “How do I choose between the new iPhone 5S/5C and the Galaxy phones?” Well, it’s a bit more complicated than that. There are two current Galaxy phones, the 5” Galaxy S4 which is the most direct competitor to Apple’s offerings. But there’s also the 5.7” Galaxy Note 3, which was just announced and is the latest gen “Phablet” which includes a stylus.

There’s also two top-of-the-line Apple devices now. The slightly-cheaper iPhone 5C is colorful and comes in an array of bright plastic designs. The high-end 5S includes all the latest whizzes and bangs and even comes in the excludive, blinged-out gold (or “champagne” or whatever you want to call it).

For starters, both Galaxy phones are much bigger than the iPhone, which sports a more svelte and manageable 4” screen size. If you’ve tried the old iPhone 5 and wanted something bigger, nothing in the new line-up is going to sway you here.

If you want to minimize the number of products you own, and consolidate your tablet and your phone into just one device, the Note 3 is really the best thing on the market. Nobody is competing at Samsung’s level here. If you want to be the first to own the new Note 3, you can sign-up to pre-order at AT&T. 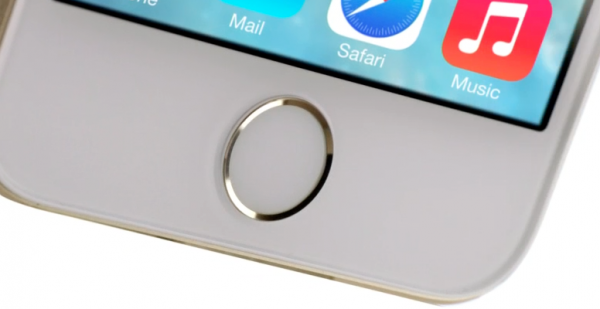 Currently, the iPhone 5S, the top-of-the-line model from Apple, is the ONLY smartphone on the market with an integrated fingerprint scanner. So if you want the best possible security for your phone AND your data, go with a new phone from Apple.

The iPhone 5C wins hands-down here. Galaxy phones come in dull plastic, blues and whites and greys and occasionally even reds. The new iPhone 5C screams color, with brightly colored yellows, greens, blues, and pinks. Yeah, there’s a white one too, but if you’re going that route, get a colored $29 case to go with it for when you’re out on the town.

You can sign up to be notified when the iPhone 5C goes on sale and be one of the first people in the country to get your hands on one by signing up here.

This is a bit complicated, but overall the colorful new iPhone 5C is the cheapest option, starting at $99 on-contract.

At $199, you have some options. You can opt for the larger 32GB iPhone 5C, the base-model 16GB iPhone 5 with improved camera, CPU, and fingerprint sensor, or go for the 16GB Samsung Galaxy S4. If you want to pay even more, you can bump up to the upgraded 32GB iPhone 5S for $299, or the Galaxy Note 3.

The big features that might sway you to the iPhone side include the better smartphone cameras on all their devices, as well as the huge number of lovingly designed apps that fill the App Store. You may also consider bumping up to the 5S because you want a phone that can replace your iPod as well as your fitness tracking devices.

Or maybe all you care about is getting the new gold #blingphone iPhone 5S, in which case, nothing I said here is going to sway you either way.

For the Galaxy devices, you should be a person who is deeply integrated into the Google ecosystem where Android really shines. You’ve got the Gmail account, you use Google Calendar, you understand what Google Now is and want to take advantage of it. Maybe you want to better move data around between apps, or totally customize your smartphone experience by rooting the device or installing tons of widgets. That’s where these Galaxy devices truly shine.