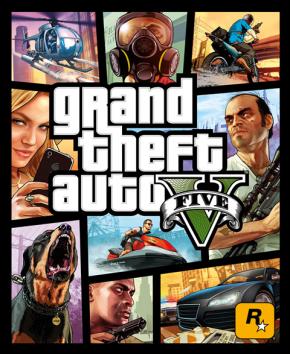 Grand Theft Auto V sales have set a first day sales record of more than $800 million in sales on Tuesday—which was its first day on the shelves. That’s more than 13 million copies sold in a single day!

Not only were those sales numbers were the biggest for the series, they also broke the previous first day sales record held by “Call of Duty: Black Ops 2” at $500 million.

Grand Theft Auto is one of the longer-running series of video games, with the first installment was released 16 years ago. An awful lot has changed in that time and the series has adapted with it. Originally a top-down 2D game with a fixed map and pre-set missions to follow, the games have steadily grown in scope to become huge, open-world games where you can either play to move the story along or just play by exploring the world and seeing what situation you run into.

Recently, the video game industry has taken a hit due to the growing popularity of online and mobile games—which are generally either free or low cost. But big-budget games that go on to become best-sellers have continued to buck that trend. Just take a look at the best selling video game of ALL tim, Call of Duty: Black Ops, which has sold 28 million copies since 2010! The next game in that series, The Call Of Duty: Ghosts, is just around the corner as well and is due to come out in November.

While GTAV is selling big, analysts think that sales will slow due to the holidays and the new Xbox One and Playstation 4 systems which are soon to go on sale. They think that people will be spending more money on these consoles instead of buying new games in droves.

Also in contrast to the increasing criticism of the series, the new version has received glowing reviews, including from The New York Times, which called it the “best plotted, most playable, character-driven, fictionally coherent entry” in the history of the series.

What do you think—will you be checking out the newest Grand Theft Auto title? Perhaps more importantly, will you dare to let your children play it?