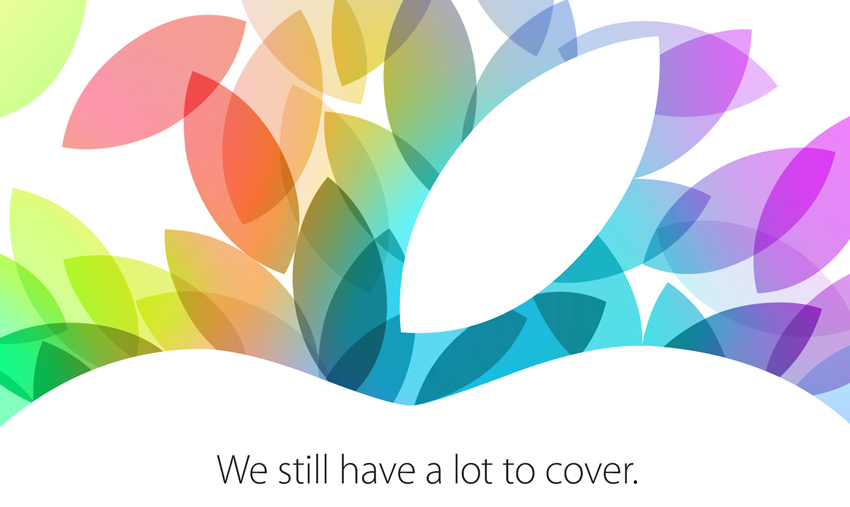 Apple couldn’t possibly leave us with just new iPhones! If last year is any indication, tomorrow we’ll be seeing updates to the entire iPad family, including the iPad Mini.

We’ll be running a liveblog tomorrow October 22nd, breaking Apple’s news as it happens. If you sign up for my newsletter today, I’ll drop you an email just as Apple kicks off the event so you can tune in and find out what’s going on! 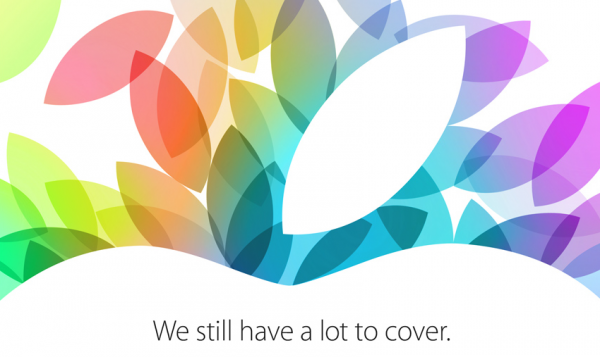 Now this is just speculation, so don’t hold it against me if it’s not 100% true, but here are a couple thing I expect to hear about tomorrow:

iPad 5:
Yes, there will still be retina display, possibly with improved pixel count. Almost certainly the design is going to change somewhat (lighter and thinner does seem to be Apple’s mantra, after all)! It’s very possible we’ll see updated colors to match the 5s: black, space grey and hopefully gold, which has proven to be the most popular of Apple’s updated color scheme. We’ll probably also see the introduction of the same fingerprint-sensing technology, but don’t quote me on that.

iPad Mini:
Expect an updated version of the iPad mini that will almost certainly include Retina display this time around. Expect color and design updates here too. But don’t expect a significant price cut.

OS Mavericks:
Apple previewed the new OS back in September. Tomorrow we should get a release date and pricing!

New MacBook Pros:
The Air got its update last month, so it only makes sense for Apple to release a revamped version of their premium laptop too. Right now the Pro is available with and without Retina display: it’s very possible that new MacBook Pros will be Retina-display only, especially is Apple can bring the price down on less powerful models.

New Mac Pro:
This is the one I’m really excited for! It feels like forever since Apple updated their desktop line, and the last announcement showed a complete redesign and overhaul for this one. It’s not designed for a casual user, but serious video and graphics editors have been waiting for this for awhile. It won’t be cheap, either. I’m expecting prices to start at over $2,000.

Apple TV:
It’s hard to say whether we’ll see this or not. So hard that I don’t even want to call it…we’ll just have to wait and see!

What are you most excited about? Is there anything you REALLY want to see as part of tomorrow’s announcement? Got questions? Let me know in the comments and I’ll try to get them answered during tomorrow’s liveblog!