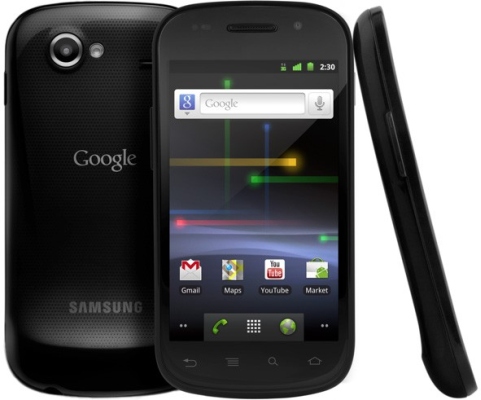 Internet giant Google has announced the release a new phone, the Nexus S.  The handset will be manufactured by Samsung and will feature the new Android 2.3 operating system, dubbed “Gingerbread”.  Unlike many Android devices, this phone was designed with Android in mind (with help from Google’s engineers).  This will be the gold standard of the new generation of Android phones.  Nexus S should be available after the 16th of this month in the US.

Simply put, this Droid is boss.  According to the guys over at techcrunch, who have had their hands on one for a few days now, Nexus S is significantly faster than any other Droid.  It has screen resolution that’s second only to iPhone 4 and is NFC-enabled to easily interact with nearby devices wirelessly.  Techcrunch also calls it “the best phone on the market today”, although I would need a lot of convincing to let go of my iPhone 4.  I still like the substantial feel of the iPhone as opposed to the plastic of the Samsung devices, and as I have pointed out before, style matters.

The Nexus S has a super-fast processor (great for multitasking) and a screen capable of showing deep black.  The screen is slightly larger than iPhone, although it lacks some pixels.  It also boasts 6+ hours of battery life, front and rear cameras, gyroscope, accelerometer, compass, and tons of other bells and whistles.  The standard size is 16 gigs of internal storage which is not expandable.

Although the NFC capabilities mentioned above may not seem important now, it is likely that lots of cool features will be built on this in the near future- for instance, using your phone to pay at retail locations.

Gingerbread Android is of course an improvement over Froyo.  There’s plenty of updates to the old system, not the least of which are keyboard improvements. The bottom line is- if you’re an iPhone user, this isn’t going to make you switch. If you’re an Android user, you will want this phone more than any other. If you’re currently neither, the guys over at techcrunch recommend that you go with the Nexus S. I recommend that you choose something that matches your style, and if Android is your style, definitely get this phone.