NFC is the New Black 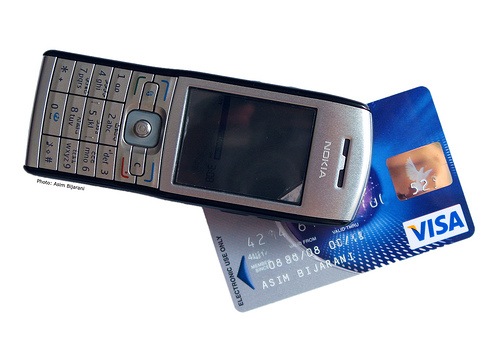 The Lowdown: Near-Field Communication (NFC) technology has been making the rounds this past year as companies are starting to develop and enhance ways to utilize it in everyday settings. To refresh your memory, or to hip you to the game altogether, NFC is comprised of small chips encoded with information that can be decoded when a compatible device is in proximity of the chip. Any type of information can be stored on the chip, and devices that can decode the information can be as small as (you guessed it) a cell phone.

Specifically, by adding the technology to cell/smart phones to enable people to pay for items by linking a credit card or bank account to a microSD card with NFC tech built in and simply waving the phone over a POS device at the time of sale. Major companies like Visa and Bank of America are testing this out as we speak.

Google has decided to enter into the fray with their newest Android mobile device, the Nexus S, that will have NFC built into the phone – no need for an additional micoSD Card). Nexus S owners will be able to wave (or hover) their phones over NFC chips that can embedded into stickers, t-shirts, posters, business cards, etc. and decode/display the information.

Concurrently, Google has launched its “Hotpot” service that works with Google Places that offers businesses NFC-enabled window decals to display at their locations. The idea is that passers-by with NFC readers (like smartphones) can hover their device over the window decal to automatically learn more about the business, get special deals/offers, read and write reviews. The end result, more people using Google Places, and more foot traffic to businesses.

Does all this sound familiar? Well, I am a fan of QR code technology that enables people to create funny-looking barcodes encoded with information that can be decoded with QR code reader apps on smartphones. QR codes can be encoded with any type of information and can be made into the same stuff that NFC can be made into. The difference is that QR Code has to be scanned manually by decoder apps in conjunction with smartphone camera, versus NFC, which readers only have to be in proximity of a chip to decode the information.

Where am I going with all of this? It seems as if we are still waiting for QR Code to be accepted by the masses, and now in comes NFC technology already stealing some of it’s thunder. While NFC (chips) sounds WAY cooler than QR Code (barcodes), and is easier to use, QR Codes are easier/cheaper to produce and can be used over the web as well…

My Verdict: I think as smartphones become more and more of a de facto NECESSITY for everyone, and you start to see the entire contents of wallets and pocketbooks being replaced by smartphones, I think both QR Codes and NFC tech will have their respective place in our “can’t live without” device.

But I must ask – How could you use NFC or QR Codes for your business?