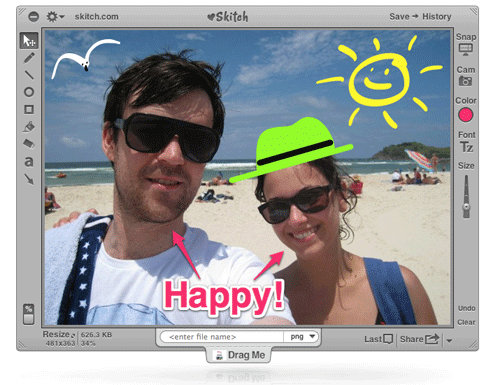 Evernote Gets Serious on Image and Screenshots – Aquires Skitch 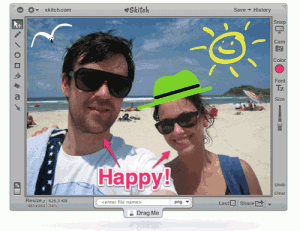 Evernote apparently agreed with its critics that they could do a better job of handling images and web screen shots.  Specifically, the ability to annotate and/or share images was what was lacking. Well they did something about it and bought Skitch, a Mac application that gives users the ability to capture, markup, draw on, and share images with ease.

According to the Evernote blog, they have big plans to integrate features like dragging images from Evernote directly into Skitch to edit, and either back to Evernote to save, or share with the rest of the world. Future developments could yield better handwriting and pen/stylus input (think of possibly signing documents in Evernote).

Currently Skitch is Mac-only but currently is available for free in the Mac App Store as a result of the recent acquisition – previously, the fully-featured screenshot app would’ve set you back $19.95. The recently released Android version of Skitch is available for free as well from the Market. It’s one of the best tools for quickly annotating images and sending them off straight from your phone.

Diehard Skitch fans out there, rejoice—Evernote claims that it will not mess with Skitch as a stand-alone application. From their blog, “We are committed, not only to making the Skitch Mac app more awesome, but also to bringing Skitch to every desktop and mobile platform under the sun”

What do you think? With Evernote Acquiring Skitch and add more image/screen shot capabilities to Evernote, will this make you use it more if you’re already using it. If not, does this make you want to try it out?