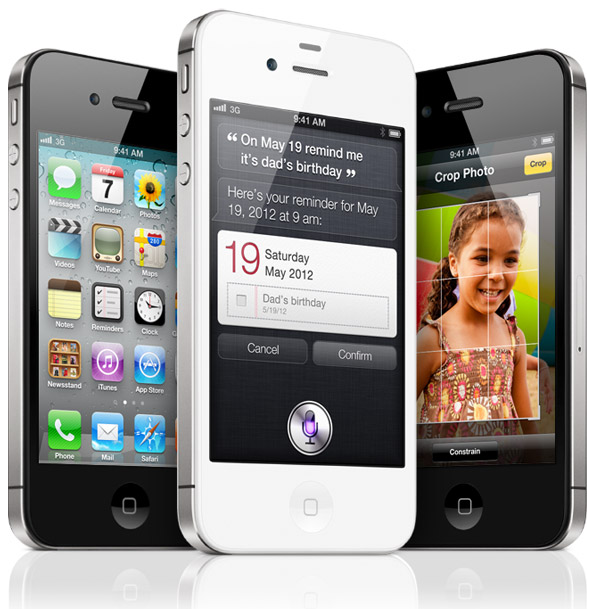 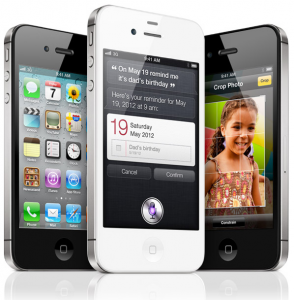 If you’ve been living under a rock, then you don’t know that the iPhone 4S has been announced finally giving the tech industry a reason to talk about something else… that is until iPhone 5 rumors start to resurface again. That’s right, Apple only announced one device that looks identical to the current iPhone 4 but with a plethora of new features and enhancements under the hood.

If you’re debating whether or not to upgrade to the new iPhone 4S or keep the iPhone 4, here is a look at the new features that will certainly give your mobile productivity a boost.

Here are the basic tech specs:

The above features in general (specifically the dual-core processor, the same found in the iPad 2) will speed up the device making it capable of handling more tasks simultaneously. Browsing, games and more should be way faster on this phone. Also, the fact that its a world phone, that can automatically switch between radios for better call quality and less dropped calls, ensures that you can conduct business when you travel. You should never run into a situation where your phone won’t work in a country—with global CDMA roaming and GSM sim-card tech, this phone should work anywhere you need it to. For some business users, this alone will mean the iPhone 4S is a must-own device.

Even though Apple didn’t announce a completely different hardware design in a rumored iPhone 5, the new device packs some very attractive new software features that will keep the Apple Store lines stack when it’s released to the public.

Catching up (and maybe even passing) it’s Android and WP7 brethren, The new iPhone 4S will offer not just speech-to-text capabilities, but a way to vocally communicate to the phone get results without typing, searching, or browsing. By asking “Siri” a question “What is the weather outside”, and the program will offer a local forecast. Ask “When do the Baltimore Ravens play” and Siri can give you a team schedule.

You can also use Siri to create a calendar event, compose a text message/email, search for a restaurant by name…and so on. Based on the demo during the live announcement, it seems that there are tons of ways to get results from the Siri voice command. This feature is specific to only the iPhone 4, so it won’t be available in any iOS5 download for older phones.

Speaking of which, the new iOS5 which is where most of the new productivity features lie will be available for download on Oct. 12th. Included will be a new reminders feature that lets you add to-do lists and tasks on the phone natively (no extra app download).

– Notifications. Also included is a new notifications bar that is located at the top of the phone’s screen and can be expanded to show all current phone notifications, instead of popping up and blocking your view like the old OS. The Notifications can be viewed from the lock screen as well so you won’t have to enter a code and unlock the phone to see your latest incoming information. You can pull down the top bar (FINALLY) just like on Android to see your notifications from anywhere as well. No longer will your work (or play) be interrupted by obnoxious pop ups.

– iMessage. Apple now understands that iOS users don’t want to use other apps to communicate with each other and releases iMessage that lets users communicate either using sms (for those who don’t have and iPhone) or using iMessage…in one interface – no app switching needed.

– iSync. Probably one of the main features that frustrated Apple users who had multiple devices was the fact that in order to setup and keep them in sync, they had to plugged into a computer and synced via iTunes. Now with iSync, videos, and music, calendar events and email accounts can be synced wirelessly the second you plug them into a power source, in addition to taking the phone out of the box and setting it up, sans connecting to iTunes. Expanding on that, the new iCloud will give you even more wireless communication between your devices and their content (including documents, files etc.) in the cloud. Stay tuned for a future post by fellow SBGM writer Justin telling you all about how you’ll be more productive using the cloud.

It’s okay, we were all kind of bummed that all of these new features weren’t included in a sexy new exterior, but these features alone should get you hyped up about the new iPhone that will soon grace our pockets…even if it looks like your old phone.

The iPhone 4S will be available in black and white for pre-order from AT&T, VZW & Sprint Friday, October 7th and will be released to the public on the following Friday, October 14th. Prices are as follows:

Let us know what you think – Will you be in line to get the iPhone 4S based solely on a software upgrade, or will it take more like an actual hardware redesign to get you excited about spending money on a device when you can technically “get by” with your current iPhone.