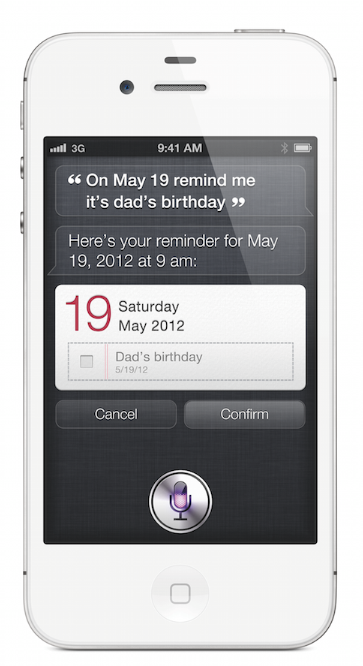 REVEALED: The Hardware-based Explanation for Why Siri is an iPhone 4S Exclusive 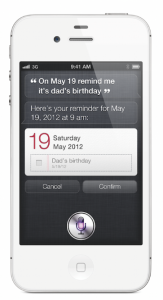 Ever since the iPhone 4S was released, fans of the Apple line of smartphones have been asking why their original iPhone 4 or even their 3GS (both of which run the latest iOS 5) doesn’t support Apple’s newest innovation which brings a personal assistant to your phone. After all, if the only differences in terms of upgrades between the iPhone 4 and the new 4S were incremental upgrades like an improved camera and the new world phone capabilities then what could possibly be preventing the iPhone 4 from running the software? Some clever engineers even hacked together a non-responsive version of Siri for the iPhone 4, although since Apple blocks any device except the iPhone 4S from communicating with their servers, it didn’t actually function.

So what is it that makes the iPhone 4S special? Turns out there’s another new piece of tech in the latest from our friends in Cupertino.

This is a feature Apple didn’t announce when they unveiled the iPhone 4s: a new proximity sensor. Previously, the proximity sensor in the 4 only turned on when you were in a phone call, detecting your face so you didn’t accidentally hit buttons on the phone. The new proximity sensor is next to the front-facing camera and comes on whenever the screen is on, meaning it’s constantly ready to detect if you’ve brought the phone up next to your face.

This is a huge difference, since this new proximity sensor is used for an important feature of Siri—the fact that it automatically launches when you hold the phone to your ear. Apple’s clever engineers pulled that off by combining an always-on proximity sensor with the motion detector—when the phone senses that it’s been moved upwards and close to your face, it correctly guesses that you’re holding it next to your ear , and then it launches Siri to find out what you need.

Although I put together the pieces of the puzzle myself, I couldn’t have done it without the help of the video below from the awesome team over at iFixit. Their tests show the differences between the 4 and 4S proximity sensors which Siri uses to figure out when you need her. The video is super cool, using a cheap webcam’s infrared sensing ability to spot the change in the sensors, so check it out.