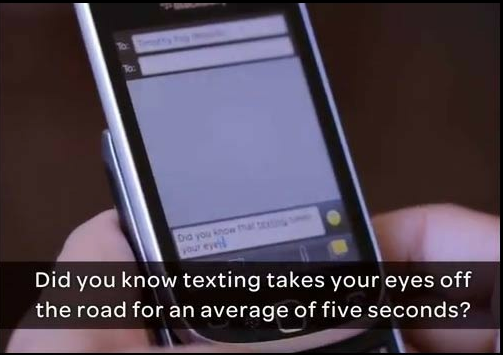 PSA: Parents, don’t delay: talk to your teens about texting and driving today! New study from @ATT highlights the dangers

Texting and driving is a huge problem in this country that senselessly claims lives each and every year. Since 2010, AT&T has been running a campaign called “It Can Wait” which aims to curb this dangerous phenomenon. Over the past two years, AT&T has been producing videos like the one above, conducting studies and research, touring a driving simulator,

According to AAA, the 100 deadliest days for teen drivers on the road begin in a few weeks on Memorial Day and run until Labor Day. If you’re going to talk to your teen about texting and driving, now is the time, so here are some facts and strategies you can bring to the table: 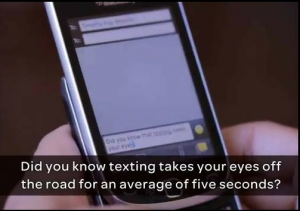 – Set a good example! According to AT&T’s research, 77% of adults tell teenagers not to text while driving yet 41% of teenagers report seeing their parents read or send an email, or text, while driving. So if you want your teen to cut it out and stay safe, you have to stop checking your phone while driving yourself! There’s no better way to teach than by showing your teen you can show restraint yourself.

– Warn your teens about peer pressure. While adults often understand that texts and emails aren’t time sensitive, James Bond-style notes that explode in 15 seconds, almost all teens (89 percent) expect a reply to a txt or email in five minutes or less! Just because their friends expect a reply immediately doesn’t mean it’s okay for your teen to whip out their phone at a red light or glance at it while driving. Explain to your teenagers that the ONLY way to deal with texts on the road is to deal with them after they’ve parked the car at their destination, and not a second sooner.

– There’s an app for that! You should set your teen up with AT&T’s app DriveMode for Android and BlackBerry (the download link is on the top right of the page) which will automatically reply to texts when your teen is driving with a message alerting their friends that they’re in the car and will respond when it’s safe. This is a simple yet effective way to help curb your teen’s texting habits while driving, and even will explain to their friends why they haven’t gotten a response yet!

60% of teens already understand that texting while driving can be just as dangerous as drinking while driving, which is promising. But parents, it’s up to you to get that number to 100%! AT&T has some more tools you should consider, like an online pledge more than 110,000 people have made on Facebook not to text and drive. AT&T also maintains an online resource center with downloadable educational resources, like pledges, posters and PSAs. One of AT&T’s guest bloggers, David Egger, who contributes to my Small Biz Go Mobile blog here on this site, has written a post about Distracted Driving I think adds a lot to this discussion as well, so check it out!

With the most dangerous 100 days of driving coming up, the time to talk to your teen is today!