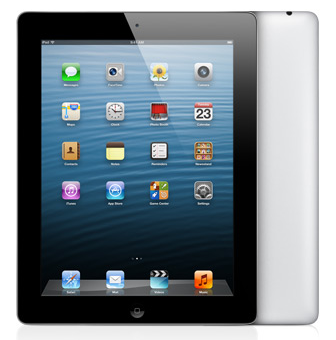 iPad 4: Is the New iPad Really That New? Is It Worth It?

iPad 4 with Retina Display. Worth your money?

Is it worth upgrading the new iPad 4? Well, that answer depends a lot on whether you have an iPad now, which one you have, and whether you have to have an Apple device — or a tablet at all.

Let’s back up for a second, and talk about why the iPad 4 release is sort of weird. First of all, it’s off-cycle. In the past Apple has updated its iPad (and iPhone) offerings once a year. But the previous iPad (let’s go ahead and call that iPad 3) was just released in March.

And that really highlights my irritation with Apple: rather than calling March’s release the iPad 3 (like the rest of us) they wanted us to call it “the new iPad.” Same deal with the most recent release. It’s almost as if they wanted customers who bought v3 not to notice that the product got upgraded within just a few months of purchase. Apple knew that they’d be releasing an updated iPad sooner than most consumers anticipated, but let folks buy those iPad 3s anyway. More proof: you can’t buy an iPad 3 on Apple.com. Your choices are either iPad 2 (now the budget model) or iPad 4. Apple’s calling it “iPad with Retina Display,” but when you look at the specs, it’s clear the only choice is this new, 4th generation model.

That’s kind of rude, but pretending that all iPads can be the new iPad seems worse. If you bought the new iPad (3) while it was still the new iPad, don’t feel bad. Though if you’re within your return time period, go return it now!

So back to the specs. What has changed between March’s release and this October’s? Well, nothing earth-shattering. The most substantial upgrade is probably the new A6X processor, which is a serious addition of  speed for programs and graphics. Plus the dock has been updated to the Lightning Connector, the new connector that made its debut on the iPhone5 and looks to be the new standard, in case you’re interested in accessories. The front-facing camera can do HD video, and there’s a speed upgrade to WiFi. And better LTE connectivity. And that’s basically it. The size, weight, screen, look and feel are all identical, making the new release mostly tweaks to an already successful device.

So, should you buy the new iPad 4? If you don’t own an iPad and you’d like to get one, then the iPad 4 is a great choice, and now’s a fine time to get one. If you’re not sure it has to be Apple, check out the competition, too. If you have an iPad 3 you can’t return, there’s really no reason to upgrade. If you have an iPad 2 that’s holding up, it may be worth waiting till March to see if Apple’s really got anything new to show us.