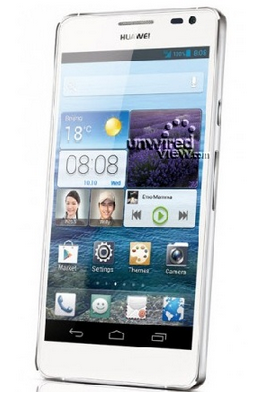 Who is Huawei? Meet the Major Cellphone Maker You’ve Never Heard Of

Huawei was big at CES. And that’s especially crazy, because a lot of the big guys (Samsung, Apple, Nokia) weren’t. So it was a great time for a less familiar brand to introduce itself. So who is Huawei?

Huawei is a telecom founded in China in the late 80s and still based in Shenzhen. It has offices around the world (including the US) and had a profit of 3.7 Billion in 2010. Yeah, 3.7 BILLION. It’s got a huge market share in China, but the company is also making huge inroads in Russia, India, and North America. They’re also trying to get into the U.S. market. According to CNET, they’ve hired a consulting firm that will help them raise their profile in the US.

But the problem with Huawei is that even though they have plenty of devices, they don’t work with any of the major carriers in the U.S. And they need to, because the major carriers have the power to sell phones at a discounted rate on contract: it’s those price points that consumers have come to expect, and any manufacturer would have a hard time moving units at an unsubsidized price.

But that’s only half the question: Huawei will also need phones that Americans want to buy. At CES they were showing off two devices that could have some appeal: the Ascend Mate and the Ascend D2. The Mate is a gigantic Android (4.1 Jellybean) device, with a 6.1 inch screen that pretty solidly qualifies it as a “phablet,” one of my absolute least favorite tech words. The Ascend D2 has a lot of similarities, but has smaller, more reasonable 5inch screen and a 13MP camera. Both resemble other phones on the market, like the Galaxy SIII and Droid DNA.

They might not be the most creative offerings, but they’re certainly on-par with some of the phones on the market and selling in the US. It’s not like all the phones we currently have to pick from are the most innovative either. So what do you think – would you welcome another phone maker to the market?