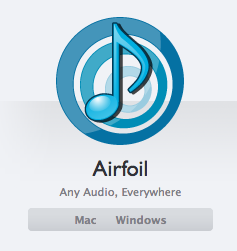 3 Apps To Help You Get More Out of AirPlay

Last week we talked a little about how to set up AirPlay so you can use it to play music or mirror your Mac. It’s great wireless tech that can work in a home or an office, but still has some limitations, especially if you’re not a full-on Mac and iOS user. Here are three apps that will extend AirPlay for Windows, Android, and even Mac users. 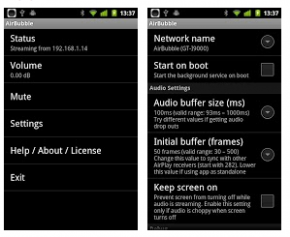 This one is for Android users. AirBubble is a free Android app that lives on your phone, but talks to AirPlay source devices so it can act as a receiver and stream music to your phone. Great if you use iTunes but are an Android user. Find AirBubble in the Google Play store.

DoubleTwist is an Android media player, and AirSync is a $5 extension available for purchase in the Google Play store. The extension lets you you stream music or video to an Apple TV (or an XBox 360, PC or Mac). It can also double as a way to wirelessly sync your iTunes to your Android phone, so that’s a bonus. Find AirSync in the Google Play store.

AirFoil may be the most versatile 3rd party streaming app out there. It costs $30, but it can send audio from any music player (not just iTunes) and can even use apps running on your computer or phone, like Spotify. Multiple users can access the same network, so it’s a great way to set up a collaborative music system in an office that lets everyone take a turn playing DJ. Available for Windows and PC, AirFoil lets you stream from a computer directly to other computers, AirPort Express units, Apple TVs, iPhones and iPods Touch. Most devices will need to have software enabled to act as receivers: check out the the full list of compatible devices and software needed here. Available from Rogue Amoeba.