Get Popular On Twitter: How to Use Promoted Tweets 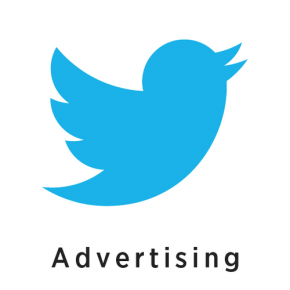 Twitter has established itself as the go-to place for what’s happening now—whether it’s breaking news or what your friends had for breakfast. We’ve talked before about some organic ways to become part of the conversation, whether you’re marketing a made-for-tv movie or trying to find twitter influencers. Twitter itself offers another option: Promoted Tweets.

Promoted Tweets are the native advertising platform for twitter: a way for you to get your message out there in the normal twitter format that increases the exposure of your tweets beyond your normal twitter followers. You’ve probably noticed these in your own twitter feed: they appear up at the top of your feed sometimes, and if you’re searching for certain kinds of tweets, you’ll notice them early on in the twitter search results.

This kind of exposure can be incredibly useful for your business if you know what you’re doing. Twitter identifies two main goals for your tweets: driving awareness for your business and driving a particular action via twitter. Articulating your goals for the specific twitter campaign is essential. It lets you determine whether the campaign has been successful for you, whatever those goals might be.

If you just want to increase awareness, maybe there’s a certain number of influencers you’ve identified that you want to see your tweet or that you want to convert to followers. Or you want to target a particular number of retweets. If you want to drive a particular action, the goals are even easier to establish. Promoted tweets are great for driving views to some of your best content, to promote giveaways or special promotions, and the like. You can set goals based on the number of actions the tweets can generate. 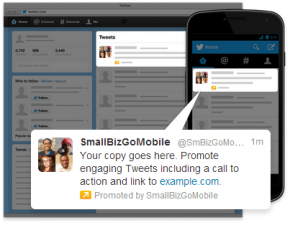 Twitter does a lot of the advertising work for you—basically you just generate the relevant content, and Twitter takes care of the rest, using their proprietary algorithms to find the people that they think would be most interested in what you have to say. This makes sure that people who care see your tweets.

If you’re targeting keywords, you can decide whether you want the tweets to show up in the timeline or on the search results. You just enter the specific words or phrases you want to target and specify a geographical region. You can also target specific platforms (like computers, mobile devices, etc.) or by gender. Finally, you can either chose which tweets to promote or let Twitter automatically select your most engaging tweets to promote. For targeting interests, you have all the same options—just instead of choosing keywords, you choose specific accounts or interests that you want to target. These tweets will always show up in the user’s timeline.

Of course, this kind of engagement isn’t free. But it’s much more affordable than you’d think. Twitter asks you to determine a total advertising budget. You’ll never spend more money than this. One handy feature of advertising on twitter is that you only pay for an engagement: when someone clicks on your tweet, retweets, or follows your account through the promotion. The next step is to place a bid for the maximum amount you’d be willing to pay per engagement. Twitter says you’re likely to pay less than this, but to give you an idea, as of today the suggested bid range was between $1.50-$2.20.

Finally, you select whether you want the campaign to start immediately or some time in the future. And that’s it! You’ve launched your social media advertising campaign. Twitter also offers a quality suite of analytics and information to see how well your promotion is going and if it’s actually producing results.

Twitter offers a lot more information on their pages about Promoted Tweets (maybe too much information) for more details if this seems like an advertising option worth exploring. With Promoted Tweets you might be able to tweet a little louder above the usual din.