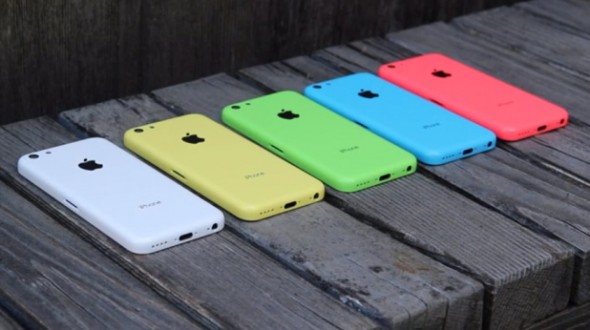 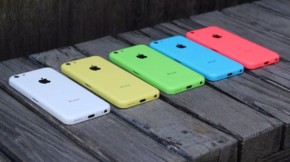 Apple’s new product announcements are expected on September 10th, and we already talked about what to expect from the upgrade of Apple’s iPhone 5, which, if tradition holds, will be known as the iPhone 5S. But maybe the bigger news is that Apple is likely to announce a totally new addition to its iPhone product line, probably known as the iPhone 5C.

If the leaked pictures are any indication, you’d think the C stands for color—unlike the subdued glass and aluminum casings of the current iPhone models, the iPhone 5C looks a little more like the old iPhone 3s, sporting a curvier form factor with a plastic back, and, for the first time in an iPhone, available in a variety of vibrant colors. As of now, we’ve seen leaked pictures of white, green, pink, blue, and yellow cases (but no black). But the C might also stand for Cheap. Or at least Cheaper. The iPhone 5C will probably have the same specs as the original iPhone 5, making it a little less pricey than the new 5S, and the plastic case will save consumers a bit, too.

If it turns out that Apple does release the new iPhone line next week (and all signs point to yes), it’ll be an important strategic move for the company. Commentators have often pointed out that the smartphone market is fairly saturated in the developed world, and companies have turned toward developing markets like Brazil and China for further growth.

Traditionally, Apple has relied on its older iPhone models to appeal to consumers that wanted a cheaper product, but recently Samsung’s phones have dominated that market. It looks like Apple will still use the iPhone 4S as their entry-level phone, but with better specs and a new look, it appears that the iPhone 5C will position itself as the mid-level phone, hoping to draw away consumers that want a state-of-the-art smart phone but don’t want to drop the cash for a pricy brand-new iPhone. Apple probably hopes this will snatch some consumers who would have otherwise been interested in the Samsung Galaxy or similar, cheaper, but still quality devices.

Apple seems excited by its colors; leaked photos of the new packaging shows off the phone beneath plastic unlike the opaque cardboard boxes of the other phones. The phone will probably ship with iOS 7, like the 5S, but there has been some speculation that certain features (perhaps even Siri) will only be available on the high-end model.

As far as the price point, we have nothing but speculation. Current guesses suggest a $99 on-contract price and $400 off-contract price, compared to the $600-700 off-contract price for the traditional phones. But we’ll have to wait until September 10th to be sure. Given vacation black-out dates for AppleCare employees and AT&T, we’d expect the new phone to be available on the 20th. So if you’re in the market for a cheaper or more colorful iPhone, it looks like you’re in luck real soon.