FUSE News: A look at Next Big Sound, the so-called “Moneyball of music”

What is Next Big Sound?

Next Big Sound is a new company tracking our every like, download, share, tweet and more as they relate to our music listening, shopping, and purchases. Called the “Moneyball of music” by Forbes, Next Big Sound is putting all that data to work—by analyzing the way we find and acquire music and they discover new insights to help musicians from the indies up to the majors to find new ways to market their music to fans. 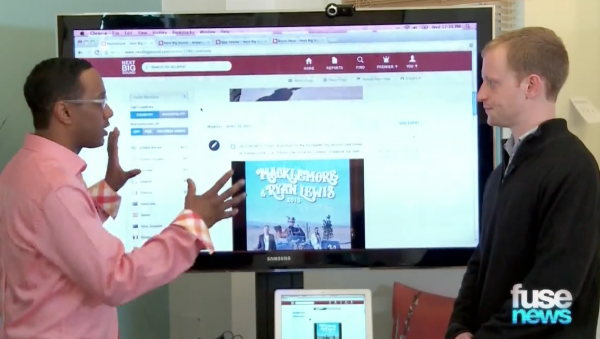 How does it work?

I recently got a tour around their New York offices to see how it all works. Alex White, the 27 year old co-founder & CEO, is making waves in the industry, and he’s taking his background in the music industry to the next level. Whereas the old model was to look at CD sales and radio play, the new model offered by Next Big Sound takes a deeper look at how we interact with music online by examining a much wider list of sources including Facebook, Spotify, VEVO, vimeo, Shazam, YouTube, iTunes, Soundcloud, Pandora, and many many more.

Who uses the tech?

Far from a niche player in the industry, Next Big Sound is putting their data to work in big ways. In fact, Billboard is already utilizing their services to produce some really unique lists like the Social 50 which ranks “the most active artists” on social media. They also use it for an interesting new chart called Uncharted which looks at new and developing artists who haven’t yet cracked a major Billboard chart. Cool stuff!