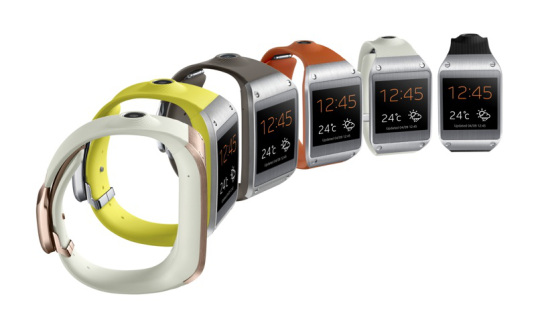 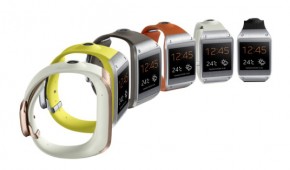 All eyes (including ours) have been on Apple’s upcoming September 10th release announcements. But yesterday, Samsung debuted their newest offerings, including a smart watch that has a lot of people excited. Last month, we reviewed some of the more popular smart watches on the market, and at that time, we only just heard that Samsung had filed for a trademark for Galaxy Gear. But the watch is here, and it looks pretty amazing.

Smart watches have labored under the impression that they’re a needless accessory: it’s hard to imagine what we’d want on our wrist that isn’t better done with the phone in our pockets. The niche they seem to fill is as a kind of notification device: if you’re inundated by emails or text messages or phone calls or push notifications, your watch will let you know about it first before you feel the need to dig into your pocket and pull out your phone.

It’s understandable if this doesn’t seem like that big of a deal to everyone. But maybe combine that feature with easy updates to the weather or stock tickers and maybe a couple of other apps, and the proposition becomes a little more appealing. Recognizing the limited scope of current smart watches, the Galaxy Gear packs in a few additional toys: there’s a 1.9-megapixel camera, a microphone, two speakers, and a gyroscope and an accelerometer to keep track of your workouts.

The microphone and speakers seem like an important innovation in a device that’s supposed to keep your hands free—Samsung’s Siri-esque S Voice will be functional on the watch, meaning, presumably, you can tell it what to do most of the time. The watch isn’t a phone in its own right, tho’ it does allow for Bluetooth connectivity to the most recent Galaxy models (the brand new Galaxy Note 3 and the Galaxy Note 10.1 2014 edition—tho’ support for the Galaxy S4 and the Galaxy SIII has been promised soon) so you can talk through your wrist.

It also doesn’t look too, too nerdy. It’s available with the straps in a few different colors, so you can pick one that suits you. There will also be a ton of name-brand apps available right off the bat, like RunKeeper, Evernote, and others that you might already use.

There are some reports that the OS is a little sluggish. And maybe the S Voice doesn’t work that well either. But as Matt Burns over at TechCrunch reminds us, Samsung is an iterative company (unlike Apple, who releases a mostly perfect product right out the gate)—the original Samsung smart phones were derided as some of the worst on the market until through slow innovation, they got it right and are now the main challengers to Apple in that regard. It’ll also likely only be compatible with other Samsung phones and not other Android devices, likely because of Samsung’s dominance in that market.

It isn’t cheap—but you can get one for $299 when it’s released in the US in October. Whether you want one now, want to wait for the Galaxy Gear 2, or still aren’t sold on the whole smart watch craze is up to you.