The Future of Publishing: Ebooks, E-Singles and Their Potential for Business

Davar Ardalan is the Senior Producer of NPR’s Tell Me More, and author of the recent iBooks-exclusive title, The Persian Square,  a digital book that culls together over 30 media files including audio and video, weaving a modern, multimedia tapestry of Iranian American history going back to the 1800s. Ms. Ardalan contributed the guest post below.

It’s hard to define today’s media architecture, but the success of Amazon’s Kindle Singles and steady sales for the digital publishing start-up Byliner prove that Americans are ever more eager to dive into an electronic book for their reading pleasure or for some in-depth news.

In 2012, ebook sales made up over 22 percent of the U.S. publishing industry’s net revenue, according to The Association of American Publishers. Media companies looking to diversify their revenue stream might want to take note.  According to The New York Times, Amazon sold five million copies of Kindle Singles since it opened in January 2011. Amazon created an e-singles digital platform back in 2011, allowing writers of non-fiction and fiction to publish original writings between 5,000 and 30,000 words. These e-singles also known as e-shorts or Quick Reads by Apple are meant to be read in one sitting. 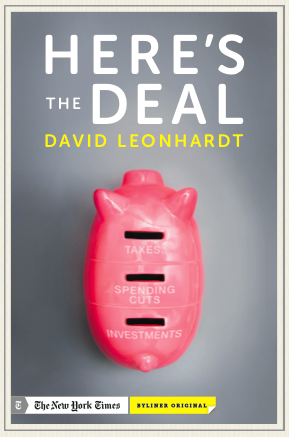 The New York Times has also entered the ebook business. In December 2012, The Times teamed up with Byliner, a leading publisher in the e-shorts space and launched it’s own line of ebooks featuring The Times culture, sports, business, science and health stories. The Times/Byliner collaboration seemed like a “perfect fit” says Byliner Co-Founder and Editor-in-Chief Mark Bryant. “Byliner is all about ambitious storytelling that lives in the space between magazine and books, and the opportunity to tap into such a deep, smart talent pool at The Times has made our partnership all the better.”

Two examples of successful Times/Byliner collaborations in the past six months include David Leonhardt’s Here’s the Deal, detailing the ever-contentious debate over the deficit, and Adam Liptak’s To Have and Uphold, on the struggle over same-sex marriage.

Bryant says both of these original Times/Byliner productions have been particularly well received, “There is a sweet spot for these types of stories — original, well written, ambitious narratives on some of the most compelling issues of the day.”  He notes that declining newspaper and magazine revenues have meant fewer and fewer opportunities for writers to publish ambitious narratives.

“Stories are being squeezed into tighter and tighter spaces,” Bryant notes, adding that readers are looking for great personalized recommendations that help them “cut through all the clutter and noise and also takes into account how much time they have to read.”

Byliner’s new iPad app for example includes a “time slider” that allows readers to find the stories that fit their schedule. For instance, the Pulitzer-prize winning story Snow Fall by John Branch will take you an hour and thirteen minutes to read.

The New York Times is turning to ebooks to publish both original content and digitizing e-singles from its archives, tapping into decades of rich storytelling. For $1.99,  you can download a Times e-single that includes film reviews from 1940’s Film Noir Classics, including the classic “The Stranger on the Third Floor” and “The Postman Always Rings Twice.” You can download these on Amazon (kindle) Apple (iBookstore) Barnes & Noble (Nook).

Other media organizations are also jumping into the e-Book fray. The Best Atlantic Technology Writing 2012 eBook is a product of The Atlantic Monthly, a handy compendium of technology stories from 2011-2012. This particular ebook was free for a time in December 2012 and then cost $1.99 to download on Amazon.

Although Byliner also produces it’s own original e-shorts, a growing number of media outlets such as Esquire magazine, New York magazine, The Texas Tribune, McSweeney’s and the literary journal Zyzzyva are turning to them for e-shorts.

“We’ve sold considerably more than one million copies of our fiction and nonfiction e-shorts through the Amazon’s Kindle Singles store, Apple’s iBookstore, Barnes & Noble, and Kobo,” Bryant says. “Many of them by bestselling and acclaimed authors, and some Byliner writers have made more than $100,000 from a single story.”

If your organization has a healthy archive of original stories, music, photos or audio interviews, you can experiment with multi-touch books and e-singles to create a deeper more interactive experience with your audience.

Interactive or multi-touch ebooks allow you to combine your content with cutting edge widgets, photo albums, audio, video, and give your audience a more tactile experience as they swipe and pinch your story pages and make them come alive.  Imagine a multi-touch book that allows your audience access to decades of sound rich storytelling currently hidden in your archives. You can charge between $.99 and $4.99 for each book or short story depending on topics, how many pages and how much production.

The digital publishing start-up Atavist is at the forefront of multimedia storytelling. Their software Creatavist, allows you to build multimedia stories for ebooks, apps and the Web. NPR Member station WBUR in Boston teamed up with Atavist for a multimedia special called, “Bulger on Trial” featuring layered archival media about the notorious Irish mobster Whitey Bulger. Atavist CEO Evan Ratliff tells Niemen Journalism Lab, “This is what the future of someone creating an ebook on the web will look like.”

Apple’s iBooks Author software also allows you to create multi-touch books that include interactive media such as audio and video.  Once you produce your digital story and upload it directly to Apple’s iBookstore, you get to keep 70% of generated revenues.

This past March, I uploaded my own ebook to the iBookstore. The Persian Square is an immersive ebook chronicling Iranian American history going back to the 1800’s.  The multi-touch book includes historical documents, handwritten letters, archival photos and over 30 media files including, music, videos and recordings from 1912, 1915, and 1924 used with permission from Sony Music. 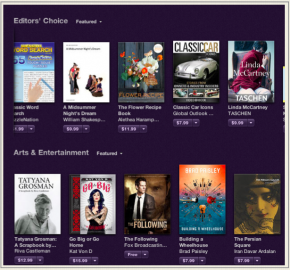 e-singles and other iBooks available through Apple

Apple’s iBookstore is now showcasing The Persian Square in a feature called “Made with iBooks Author” as an example of innovative use of interactive media.  The multi-touch book includes links to archival NPR stories from 1995-2012 (with their permission) and is featured in over 50 countries around the world via iTunes on the iBookstore. What is beautiful about this next generation technology is that I am able to update the book with new versions, similar to how one would update an app or a software. For more on how I created my interactive book, read my previous guest post here.

Ebooks and E-Singles, whether on Amazon, Apple or Nook, are changing the dynamics of reading and listening, bringing energy and rhythm to digital storytelling and enticing the audience as they interact with stories. The key now is for more companies to jump in and test the revenue model and find ways to market e-shorts to a hungry audience. It’s an excellent way for entrepreneurs to tap into a niche market for content that simply wouldn’t — or couldn’t — be published under the “old” print business model.

“It’s a great time to be a reader, and to be a writer,” says Byliner’s Mark Bryant. “Thanks to the proliferation of mobile devices, all of us can deliver, find, and receive stories in such easy, seamless ways.  Add to that our new subscription service—streaming reading, really—and you can go down that really fun rabbit hole, whether through the web app or iPad app, and read to your heart’s content.”

This week, Byliner published an e-short in partnership with Fast Company magazine called Design Crazy, a 20,000 word oral history of design at Apple based on interviews with over 50 former Apple executives and insiders. This e-short will reportedly take you an hour and 17 minutes to read.