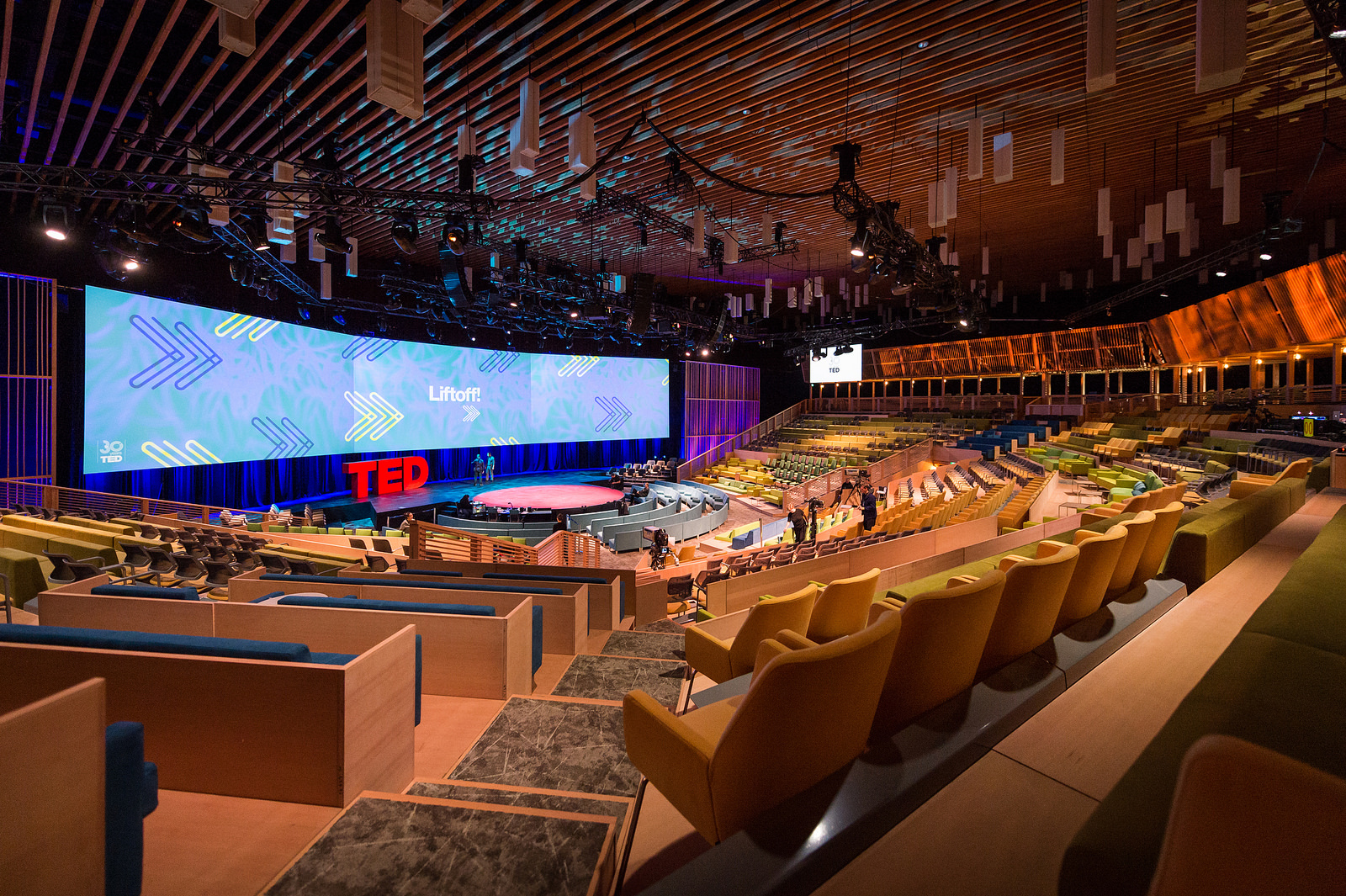 Celebrating 30 Years of TED Talks: My, How Things Have Changed!

This is a guest post contributed by Shy Mukerjee, the Managing and Online Editor of Mario Armstrong Media

Starting in 1984, the first TED (Technology, Entertainment, Design) conference was originally meant to be a one-off event. In fact, the second TED didn’t happen until 1990. But the TED we know today, mostly from their supremely high-quality talks that often went viral in the early days of YouTube, has grown to become one of the most prestigious and influential speaking series in world.

Because TED talks are short (between 5 and 30 minutes, typically) the format has become a perfect match for the digital age and our online attention spans. TED even has dozens of imitators like the fast-paced Ignite series and even a parody “conference” from The Onion.

TED’s 2014 conference began last night in Vancouver with a bang, taking time to celebrate 30 years of amazing talks. In terms of format, presentation and impact, the first conference in 1984 barely resembles the TED of todaqy. For a taste of what the original TED was like, check out the short video where Mickey Schulhof from Sony demonstrates the then “cutting edge” CD player:

Are you still awake? What a snoozefest! In the past 30 years, as TED has refined its focus and format, and attracted some of the world’s greatest speakers, things have really changed! Now, check out these highlights from last night’s event:

Nicholas Negroponte, the futuristic mind behind projects like MIT’s Media Lab and the One Laptop Per Child initiate, spoke not only at the first TED in ’84, but has graced the stage several times since then. Often light-years ahead of the computing industry, he has shown off tech like touchscreen displays and wearable video cameras decades before products like the iPhone or Google Glass ever hit the market.

Now 30 years since his first TED talk, Negroponte was the first one to the stage on opening night, where he made one wild prediction for the far future: someday we’ll be able to read a whole book or learn a new language just by swallowing a pill!

How? Negroponte believes advances in our understanding of the brain will eventually give us the ability to dispense brain-altering drugs that can teach you anything in an instant. Wild!

Canadian astronaut Chris Hadfield followed with an amazing talk about fear. If you’re irrationally afraid of spiders, Hadfield says, walk through webs until you’re not scared anymore! Training in much the same way for space, he said running simulation after simulation underwater and in planes before actually going into space helped him prepare for the scariest thing he’s ever done: doing an actual spacewalk while blind.

During an otherwise uneventful space walk, Hadfield’s vision in his left eye disappeared because something was stuck in it and zero-gravity conditions prevented his tears from washing it out. When the problem spread to his right eye, he was stuck, in a space suit and outside his shuttle, without any sight.

Thanks to the preparations Hadfield and his crew went through, however, he was able to complete the walk safely without succumbing to fear, and Chris’ telling of the tale was absolutely riveting. Plus, he plays guitar at the end and he actually has a pretty decent voice. When these talks hit YouTube later, this is one speech I’d call “can’t miss”

The most moving talk of the opening night, by far, came from Ziauddin Yousafzai, the father of Malala Yousafzai, a Pakistani teenager who was shot at point blank range in 2012 in response to her activism around the education of women. Malala is world-famous for standing up to the Taliban’s regressive views of women’s role in society, and seeing her father articulate his philosophical views about the changing roles of women in muslim society brought an incredible context to Malala’s fight.

Through Ziauddin’s life he has seen women’s rights eroded by the Taliban. He has seen countless women, including his many sisters, be denied equal opportunities in life. Instead of caving in the face of danger, he allowed his daughter to attend the school at which he teaches and has encouraged her to be an outspoken critic the Taliban’s views towards woman and an advocate for for girls in the classroom.

The speech was powerful, ending with a standing ovation from the teary-eyed crowd, so be sure keep your eye out for this talk when it is released to the public.

Although British technologist and writer Chris Anderson curated the 2014 TED event, the original founder of the conference, Richard Saul Wurman, was on-hand for the festivities. In the spirit of the event’s short talks and varied formats, he spoke for a few minutes before ceding the stage to the final guest.

Closing out the night, DJ and record Mark Ronson producer literally remixed TED, linking video clips to his turntables and creating original songs from the TED intro music used on YouTube. He also talked extensively about sampling and remixing in his industry (drawing on his production work for Amy Winehouse, among others) and showed how 1985’s “La Di Da Di” by Doug E. Fresh and Slick Rick hasn’t just been sampled hundreds of times, it has been been completely transformed, mutated, and re-imagined by countless artists including Snoop Dogg, Notorious B.I.G., and even Miley Cyrus. For fun, check out the Wikipedia page for the song, where dozens more remixes or references have been catalogued.

All photos included in this article, including the featured image, are courtesy of the TED Conference (via Flickr)